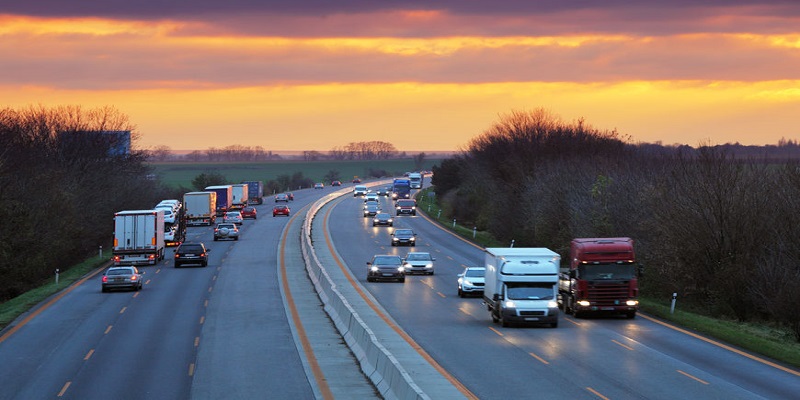 Passenger car drivers should always operate under the assumption that the truck driver cannot see them.

Resources for Colorado Drivers on Driving Safely Around Commercial Trucks

According to the National Highway Traffic Safety Administration, 3,964 people died and 95,000 people were injured in crashes involving large trucks in the U.S. in 2013, and approximately 342,000 large trucks were involved in police-reported traffic crashes that year.

According to esurance.com, 20 percent of drivers have a fear of driving near large trucks. While the majority of truck drivers are highly trained professionals, it can be frightening to drive alongside a large truck, and it’s often not the truck driver, but the truck itself, that poses the danger.

Some of the reasons big trucks present a driving challenge to smaller vehicles include:

A large truck is often the biggest vehicle on the road, weighing in at 10,000 pounds or more. If a two-ton passenger car crashes into a vehicle of this size, it’s not surprising that the car (and its driver) will usually sustain more damage than the semi.

Cars that rear-end large trucks are in danger of sliding under the truck on impact, and when a truck rear-ends a passenger car, override can occur. Both scenarios can be deadly, and according to the Insurance Institute for Highway Safety (IIHS), in 2014, 68 percent of the fatalities involved in large truck accidents were car occupants.

Because of their weight, large trucks can take up to twice as long as other vehicles to stop. For this reason, when the driver of a smaller vehicle follows too closely or tries to speed up and cut the truck off so they don’t get behind it, a serious accident often results. Putting the truck driver in a situation where sudden braking is required should always be avoided to prevent truck accidents.

Large trucks have blind spots, known as “no-zones,” all around them where cars disappear from view, and passenger car drivers should always operate under the assumption that the truck driver cannot see them. For example, when a trucker is negotiating a right turn, it may be necessary to swing wide to the left, so a motorist should wait to see where a truck intends to turn before making any moves, and always give the truck enough room.

When roads are wet, trucks can splash and spray snow, water, and mud onto nearby vehicles, obstructing the vision of other drivers. In these circumstances, it is particularly important to give trucks adequate space on the road.

Truck drivers and trucking companies should practice safe driving techniques, make sure their trucks are well maintained, and obey the rules of the road, but those in small vehicles and passenger cars should also do their part by driving defensively at all times, particularly when trucks are present.

Some useful defensive driving techniques motorists should practice include:

The Our Roads, Our Responsibility program strives to educate drivers “on how to improve driving behavior, learn to coexist on the same roadways, and work together to reduce crashes.” Defensive driving techniques such as slowing down in work zones, keeping a safe following distance, and being aware of “no-zones” can help avoid trucking accidents and fatalities and help keep the country’s roadways safer for all motorists including truckers.

Injured in an Accident Involving a Large Truck or Tractor-Trailer?

If you or a loved one has been injured in a truck accident, the fastest way to find out if you have a case is to schedule a free consultation with me. At the Law Offices of Daniel R. Rosen, our goal is to get you through your truck accident and injury claim as quickly and smoothly as we can. I’ve earned over $100 million in settlements for my clients and personally handle every single case that comes across my desk. I can get you the settlement you deserve, and you won’t pay a penny until I come through for you.

Fill out this form to tell me about your accident and schedule a free consultation.