When It’s Time to Let Your Teen Drive 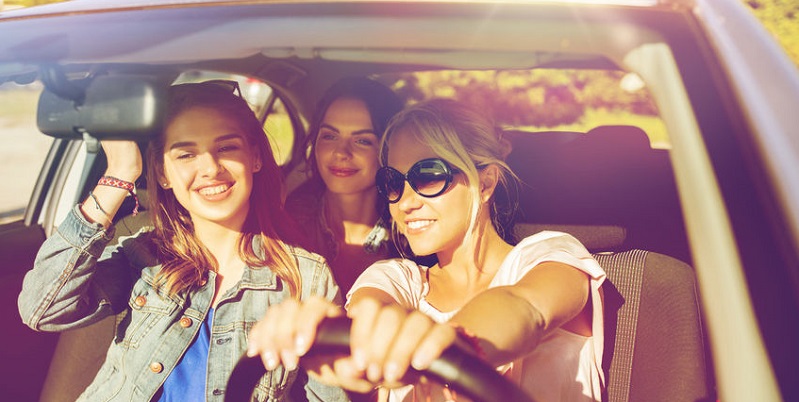 Colorado’s graduated licensing law is credited for a steep reduction in teenager deaths in auto accidents. The law, enacted in 1999 and then strengthened in 2005, created driver education requirements and age-based restrictions for young drivers.

Your child has reached 16, is getting decent grades and acting responsibly, and for the umpteenth time you’ve heard the anguished words:

“But, Mom, Dad! All of the other kids have gotten their driver’s licenses!”

It’s time to give in, take your kid to the DMV, and start the process. But you need to be sure you’re ready to be the parent of a teen driver.

Parents think that their children will inevitably get into a car accident, that there’s nothing they can do about it, just as teenagers think they’re immune to the threat of wrecking, according to Susan Goldenstein, manager of prevention education and outreach at Children’s Hospital Colorado’s Child Health Advocacy Institute. The organization conducts teen driving outreach at Denver-area high schools.

Teens Disconnected From Leading Cause of Death

The first time giving the kids the car keys is a nerve-wracking experience, Goldenstein says. It’s because adults know the dangers of driving. Car accidents are the No. 1 cause of death for teenagers. Yet, she says, children think they are invincible and a serious or fatal accident can never happen to them. Parents can reduce the chances of an accident, however, by influencing their children and even themselves to be safer drivers.

Your Example Has the Most Influence on Them

Parents are the biggest influence on their children’s driving behavior, and the key to their success or failure in being safe drivers, Goldenstein says. That’s because teenagers will copy their parents’ driving styles and their safe or dangerous habits. If you speed or text while driving, then they’re likely to do the same. Your safe driving from Day 1 would be the best influencer, but if you haven’t been a model driver, then make a commitment to change and tell your kids you’re doing so. Then you’ll be able to worry less when they take to the street.

More dangerous than texting while driving is the distraction of having friends in the car, Goldenstein says. Youths’ natural tendency to goof off and be rowdy doesn’t get left on the curb. The interactions distract their attention from the road on a cognitive level. No one can truly multitask. Even having an adult in the car or listening to the radio can diminish their focus.

Because young people don’t know how to safeguard against distraction, they’re at the greatest risk of crashing. If you need to text, adjust the radio, or get passengers to cool it, the best strategy is “to pull over to the side of the road and resolve.” Colorado enacted its graduated licensing law in response to a crash in 1999 when four teens died in a wreck while an inexperienced driver was at the wheel.

Marijuana Use by Teens a Continuing Problem

Despite the perceptions of many, driving while high is a real impairment, Goldenstein said, not mentioning that it is also illegal. Marijuana use creates delayed responses in users and should be viewed with the same seriousness as drunk driving. While the lack of data surrounding the drug’s effects on driving is still a problem, she expects changes in how authorities address the problem.

Goldenstein credits the graduated licensing law for a steep reduction in teenager deaths in traffic accidents. The law, enacted in 1999 and then strengthened in 2005, created driver education requirements and age-based restrictions for young drivers.

As a result, traffic deaths among 15-year-olds to 19-year-olds dropped by more than 67 percent between 2004 and 2011, according to the Rocky Mountain Insurance Information Association. In 2012, however, the state saw a 10 percent rise in teen road fatalities. More recent figures were not immediately available for this article.

The GDL law, as some call it, focuses on giving teenagers more road experience while minimizing the number of young passengers and providing strict consequences, Goldenstein says. Violate and you can lose your license.

Consider Having a Parent-Teenager Driving Contract

Goldenstein, the Colorado Department of Transportation, and the U.S. Centers for Disease Control and Prevention all encourage families to create rules and mutual understanding by signing and enforcing a safe-driving contract. In them, teen drivers agree to drive safely or face stiff consequences, such as losing driving privileges for a week or longer.

Parental Involvement Above All

“Spend as much time as possible supervising their driving while they have a permit. The law requires teens to log 50 hours with a parent or supervisor during the year they hold a permit. It should be much more. … They need to drive every time you both go somewhere. … Pay attention to your teen. Having a teen driver myself, I’ve learned that this is priceless quality time with them.”