Watch Your Teens Drive From Afar 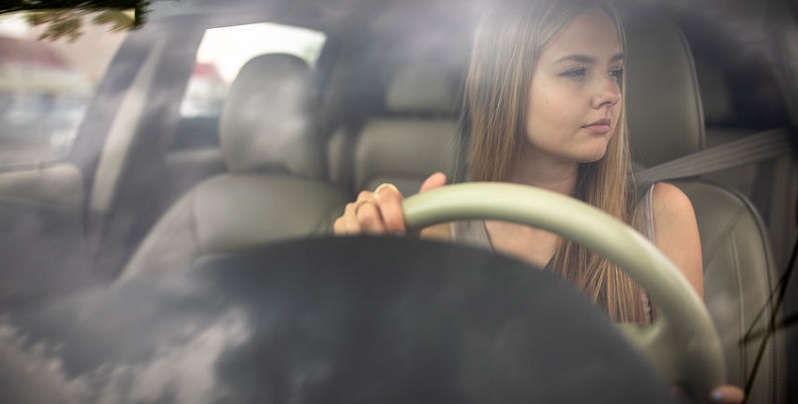 The CDOT reports that in 2017, car accidents claimed the lives of 67 people between the ages of 15 and 20, 22 percent more than the previous year.

Monitoring a young driver is as easy as tapping an app on your phone.

Parents are concerned about their teen drivers, often with good reason.

Car accidents are the leading cause of teen deaths. Many occur because the driver is careless–or, worse, reckless–behind the wheel. But now there are many ways of monitoring your teen’s driving habit even when you are not in the car.

Top Cause of Death Among Teens: Accidents on the Road

According to the Centers for Disease Control and Prevention, traffic accidents are a leading cause of death of people between the ages of 15 to 19. The National Highway Traffic Safety Administration (NHTSA) reports that in 2017, 3,255 teen drivers were involved in fatal crashes, and 2,526 of those drivers were killed.

State officials are seeing an increase in the number of teens killed in Colorado car accidents. The Colorado Department of Transportation reports that in 2017, crashes claimed the lives of 67 people between the ages of 15 and 20, 22 percent more than in 2016 “and the highest number of fatalities for that age group since 2008.”

Inexperience is one reason that young drivers are more likely than older drivers to be involved in an accident. Dangerous behavior is another: drinking and driving, neglecting to wear a seat belt, speeding, and succumbing to distractions. As NHTSA observes:

Your teen sees a driver’s license as a step toward freedom, but you might not be sure your teen is ready for the road. One thing is certain: teens aren’t ready to have the same level of driving responsibility as adults. Teen drivers have a higher rate of fatal crashes, mainly because of their immaturity, lack of skills, and lack of experience. They speed, they make mistakes, and they get distracted easily–especially if their friends are in the car.

Fortunately, technology now enables you as a parent to monitor your children as they drive even if you are not in the car. The relevant technology is integrated into certain new models.

Earlier this year, CARFAX, which collects comprehensive information about the vehicle history of used cars, highlighted some of the leading parental controls now offered in some cars. For instance, Ford has introduced MyKey, which allows parents to set a speed limit control, a seat belt reminder, and volume control on the radio. MyKey can even block cell phone calls and text messages when the car is moving.

Hyundai, Toyota, and other models are also coming equipped with driver monitoring capabilities.

But you may still be able to monitor your teen driver in realtime if they are driving an older car–thanks to phone apps. Several applications allow you to track or guide the real-time driving habits of your young driver and also give the driver feedback.

In July 2019, Lifewire reported on phone apps that monitor driving habits (the TrueMotion Family Safe Driving app), remind drivers to buckle up and provide feedback on how to drive better (the DriveSmart app), and block text messaging or block both texts and calls when the car is moving (the AT&T DRiveMode app, the Toyota Safe & Sound app).

If you are dealing with a young driver in the family, you have more ways than ever to monitor his or her driving habits so that you can nip dangerous behavior in the bud before something serious happens.