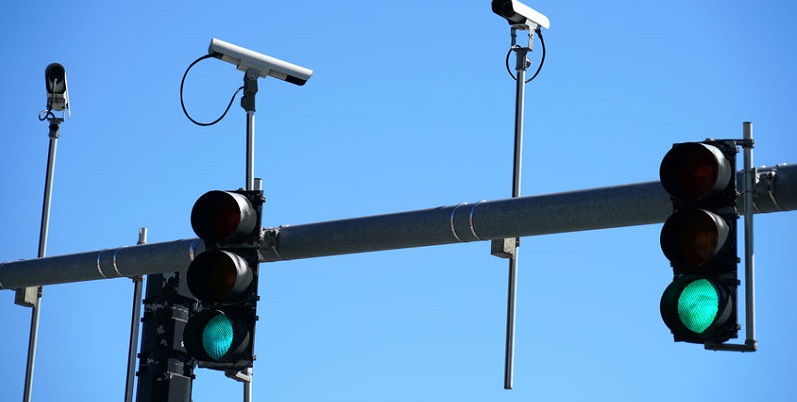 Although not used widely in Denver, the city does have traffic cameras at four permanent locations, and photo speed vans are sent to residential streets, school zones, and work zones.

August 2 to August 8 was National Stop on Red Week, the week during which drivers are invited to contemplate the fact that auto accidents involving running red lights have killed nearly 12,000 people since 2004.

The behavior risks drivers, other vehicle occupants, pedestrians, and bicyclists. Forty-six percent of those killed in such accidents are passengers in other cars. Another 5 percent are people walking on the street or riding a bicycle.

The American Automobile Association (AAA) has determined that an average of more than two people are killed every day because a driver runs a red light.

Last year, deaths caused by running a red light hit a ten-year high. Colorado ranks as the sixth-worst state for this driving behavior. In 2017, 939 people were killed in the state in crashes that happened when a driver ran a red light.

Last August, Denver police had already issued more than 5,000 tickets for the first seven months of 2019 to drivers failing to stop at the red light of a single busy corner.

“Drivers who decide to run a red light when they could have stopped safely are making a reckless choice that puts other road users in danger. The data shows that red-light running continues to be a traffic safety challenge. [We] must work together to change behavior and identify effective countermeasures.”

Most drivers know running a red light is dangerous, but…

Every few years, AAA conducts a Traffic Safety Culture Index survey of thousands of motorists. The most recent survey, conducted in 2018, found that nearly 93 percent of respondents agree that running a red light is bad to do. Even so, almost 43 percent admitted to running a red light themselves in the last month. And one in four admitted to having done it more than once in the last month.

The drivers most careless about running red lights also tend to be the youngest: 19 to 24 years old.

According to the Insurance Institute for Highway Safety (IIHS), red-light cameras have reduced some traffic fatalities by as much as 21 percent. Although not used widely in Denver, the city does have traffic cameras at four permanent locations, and photo speed vans are sent to residential streets, school zones, and work zones. Fines for running a red light range from $40 to $80.

To avoid running a red light: