Who Are the Most Distracted Drivers on Colorado’s Roads? 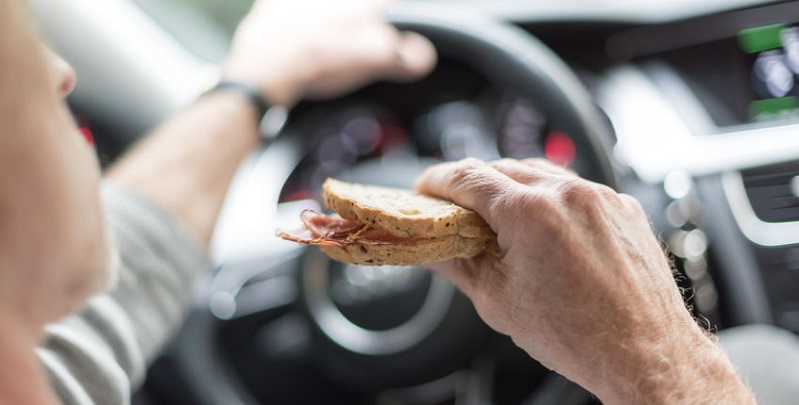 In 2016, more than 24,000 lives were lost in car accidents due to impaired driving, speeding, and distracted driving. In order to avoid such a fate, learn about the groups of people more prone to distracted driving than others.

Young Drivers, New Moms, and Routine Drivers Among Those at Risk

Even the most careful drivers can get distracted while behind the wheel, but some groups seem to become more easily preoccupied than others, such as:

Drivers between the ages of 19 and 24 were found to be the most distracted drivers on the road, according to research conducted by the AAA Foundation for Traffic Safety. These young drivers are almost twice as likely as other drivers to report that they typed, sent a text message, or emailed while driving; half said that they have driven through a light that had just turned red, admitting that they could have stopped safely.

According to a study published in Risk Analysis: An International Journal, female drivers are more likely than males to use their mobile phones while behind the wheel. The researchers found that women appear to need a lot of convincing before they will believe that mobile phone multitasking while driving is a dangerous behavior.

Teens are the largest age group reported to be distracted when fatal crashes occurred. What is most distracting to teen drivers? According to a 2015 AAA report, teen distractions occur due to attending to passengers, cell phones, reading, eating or drinking, personal grooming, adjusting controls, and smoking, among other reasons.

According to a Parents Magazine poll, 1 of every 10 new mothers is involved in a car accident while driving with their baby, three times the rate of accidents within the general population. Driving around exhausted and unfocused, new moms are generally more flustered than the average driver, and 55 percent of those polled by Parents admitted that they have driven above the speed limit to pick their baby up from daycare or get home with a screaming child more quickly.

Young male drivers have been found to be neurologically predisposed to engaging in risky behavior – playing on their cell phones, talking to their passengers, and looking for different music – and often lack the experience to avoid car accidents during such behavior. Those who felt that distracted driving was appropriate or didn’t feel that they were able to avoid distractions were more likely to drive while distracted.

Most truck drivers try to be aware of their surroundings at all times, but long hours behind the wheel can lead to boredom; truck drivers may be tempted to use a cell phone, tablet, or laptop, fiddle with a GPS, adjust instrument controls, or simply fall asleep at the wheel. But truckers are bound by numerous rules to help prevent distracted driving – using mobile devices while driving can result in driver disqualification and other penalties, and drivers are bound by strict hours of service regulations to limit their time on the road.

Frontiers in Psychology recently published a poll stating that those who drive often and may be overconfident about their driving ability can be more prone to distracted driving. Because of the habitual nature of the driving tasks themselves, those who drive often can grow bored and seek other stimulants – music, cell phones, objects present along the roadway.

If you were injured in an automobile accident that was caused by a distracted driver, contact Colorado personal injury attorney Daniel R. Rosen for a free consultation to discuss the details of your case.