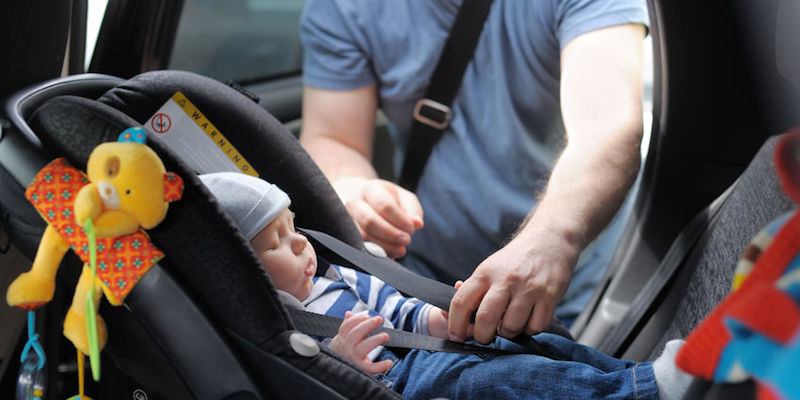 While every state has strict child-restraint laws, over 40 percent of child fatalities occur because a child was not properly secured, or worse yet, was not secured at all.

There is no excuse for not securing a child in a vehicle.

Recently, there was yet another sad news story concerning a traffic accident with multiple fatalities including children. The car accident occurred on a snow-covered road in Maryland after the driver of an SUV lost control of the car and plowed into some trees on the side of the road. Five children, ages 5 to 15, were killed.

What makes this particularly heartbreaking is that according to police, all the children were thrown from the vehicle because they weren’t wearing seat belts. This should be a wakeup call to everyone who refuses to wear a seat belt, and to all adults to make sure that the young passengers in the car are safely buckled in.

Despite laws, children continue to die in auto accidents.

According to the Centers for Disease Control and Prevention (CDC), too many children are being harmed, some fatally, in car accidents. In 2016, 723 children 12 and younger died in crashes and more than 128,000 children were injured. An even more startling statistic from the Insurance Institute for Highway Safety (IIHS) shows that of all deaths of children ages 13 and younger, one of every four is due to traffic crashes.

All 50 states have laws on the books that require children to be properly restrained in vehicles. Young children must be in a child safety seat or a booster seat, and older ones must use a seat belt. Despite these laws, researchers noted a few years ago that 43 percent of all fatalities of children involved in a crash occurred because a child was not properly secured, or worse yet, was not secured at all.

When you look at safety statistics concerning child passengers in vehicles, it’s hard to explain why some parents or guardians don’t take the extra time to ensure their little ones are properly secured. As noted by the CDC:

Teens are also at risk.

The National Safety Council (NSC) said the most recent data from the National Highway Traffic Safety Administration (NHTSA) shows that too many teens die in traffic accidents. Although teen traffic fatalities did decrease in 2017, it was the first time in three years a decrease was recorded. More than 2,300 teens were killed in crashes in 2017, making vehicles crashes the number one killer of teenagers. The causes of those fatal crashes include speeding, distractions, impaired driving, and yes, a lack of seat belt use.

Teenagers are least likely of all age groups to wear seat belts. Adults need to step up and lead by example. It takes only a couple of seconds to fasten a seat belt, seconds not taken by nearly 12 percent of Americans. For thousands each year, it’s a deadly mistake.