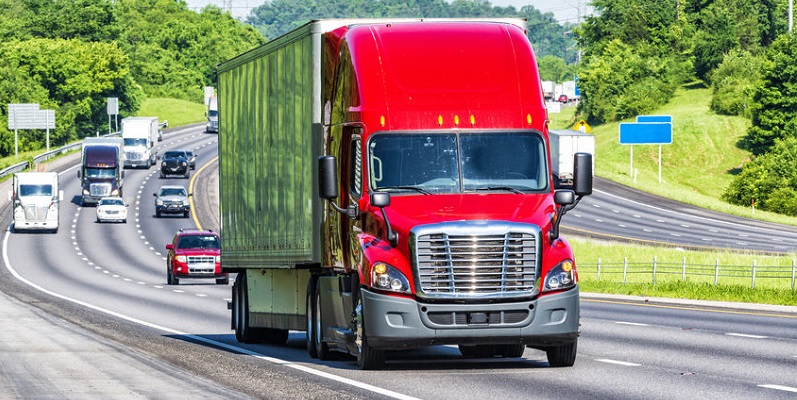 The chances that you or your passengers will survive a serious accident with an 18-wheeler are not good. According to Advocates, 97 percent of those killed in such accidents are occupants of cars.

Avoid Being Involved in a Deadly Truck Accident

The summer months are going to be a very busy time on our nation’s roads.

According to the American Automobile Association (AAA), 100 million people will be traveling this summer, many by vehicle. Which means that our roads are about to get especially hectic. It won’t be just cars and SUVs sharing the road with you either. Every once in a while, 18-wheelers will be looming in the rear-view mirror. And dealing with such big rigs can be challenging.

Advocates for Highway and Auto Safety (Advocates) report that in 2015, more than 4,000 people were killed in accidents involving a large truck, 4 percent more than in 2014, 20 percent more than in 2009. Crashes involving big rigs can be horrific. In April, Denver residents learned about a fiery crash on Interstate 70. The driver of an 18-wheeler lost control and slammed into vehicles that had stopped because of another accident down the road…an accident also involving a semi-truck.

TruckInfo.net, a leading source of information for the trucking industry, says that drivers of other vehicles cause 75 percent of commercial truck accidents. Drivers may not be aware of how best to share the road safely with these large vehicles. It would be good for a Honda Civic driver rushing along on Route 66 to know, for example, that the driver of an 18-wheeler traveling at 65 mph needs the distance of two football fields to come to a complete stop. Heavy loads and icy roads add to the time required.

Every car has areas near it that its driver has difficulty seeing or cannot see at all: blind spots. For drivers of 18-wheelers, these blind spots are more than just a few inches of space. They consist of large sections around the truck called no zones (depicted in this diagram).

The Federal Motor Carrier Safety Administration (FMCSA) promotes the following rules of the road for staying safe near these mammoth trucks:

Getting used to accommodating these large trucks is vital. The chances that you or your passengers will survive a serious accident with an 18-wheeler are not good. According to Advocates, 97 percent of those killed in such accidents are occupants of cars.

If You Are the Truck Driver

If you drive one of these big rigs, you can help prevent crashes too, of course.

Throughout the year, we all must do our part to help keep our roads safe. But summer months mean even heavier traffic. Be alert. Be ready for the road, especially when driving large trucks or driving near them.

If you or a loved one has been injured in a truck accident in Colorado, contact the personal injury attorney Dan Rosen at (303) 454-8000 for a free consultation to discuss the details of your case.