Meant for Safety, Airbags Can Lead to Injury 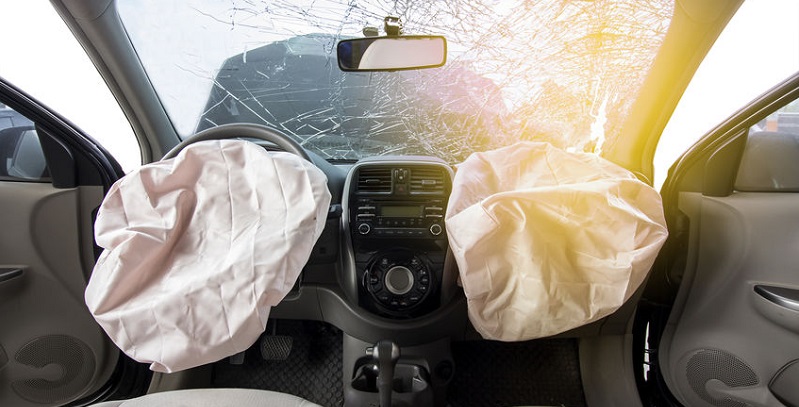 The types of airbag injuries are far-reaching, and any one can be severe, resulting in chronic stress, disability, and even death.

Introduced in the U.S. in the mid-1970s, airbags for passenger cars are now considered one of the most important safety innovations of recent decades.

Providing crucial cushioning for those involved in a crash, front airbags have been required in all new passenger vehicles since the 1999 model year and have been found to reduce driver fatalities in frontal crashes by 29 percent. According to a recent Insurance Institute for Highway Safety (IIHS) report, side airbags lower an SUV driver’s risk of death by 52 percent.

But airbags can also have negative consequences.

How do airbags work?

Airbags are safety devices that are designed to deploy during an auto accident to protect the vehicle’s occupants. They are typically located in the steering wheel for the driver, the dashboard for the front-seat passenger, and potentially in the doors for side-impact collisions.

Engineers are continually finding new ways to utilize airbags, including:

When an accident is detected, a crash sensor triggers the igniter in the airbag to fill the airbag with gas and deploy. Although airbags save lives and lessen the severity of certain injuries, they are designed to work with seat belts, not in place of them, and they can also cause some injuries, even when deployed appropriately.

Some of the injuries sustained by drivers and front-seat passengers due to the deployment of airbags include:

The types of airbag injuries are far-reaching, and any one can be severe, resulting in chronic stress, disability, and even death.

What You Can Do to Prevent Damage

While airbag deployment can result in serious injury, there are some precautions that can help you minimize or avoid damage:

If you sustained serious airbag injuries in a Colorado auto accident, contact personal injury attorney Dan Rosen to schedule your free initial consultation to discuss the details of your case.