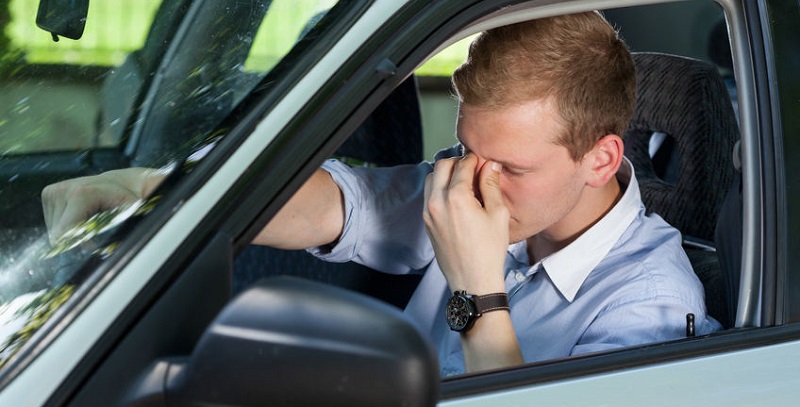 If you’re tempted to drive when you should be sleeping, here’s a statistic for you: In 2014, 846 were people killed and 37,000 were injured in accidents linked to drowsy driving.

Know the warning signs before it’s too late.

On a number of occasions this blog has mentioned the dangers of drunk driving and distracted driving, but there is another situation that can put drivers, passengers, and pedestrians at risk: It’s called drowsy driving, and it’s the cause of many car accidents every year.

According to the Governors Highway Safety Association (GHSA), drowsy driving is a form of impaired driving, and it’s considered just as dangerous as driving while drinking or on drugs.

Facts and Figures About Drowsy Driving

Drowsy driving leads to thousands of car accidents yearly, according to a study by a number of federal agencies and the National Center on Sleep Disorders Research (NCSDR) of the National Heart, Lung, and Blood Institute. In addition, the National Highway Transportation Safety Administration (NHTSA) states that in 2014, there were 846 fatalities linked to drowsy driving as well as 37,000 people who were injured. And it’s not just cars and individuals impacted. NHTSA also estimates that 45,000 properties were damaged in drowsy driving crashes.

Research on drowsy driving by the Centers for Disease Control and Prevention (CDC) explains that this type of impairment usually is due to sleepiness or fatigue combined with driving alone. It could be from not getting enough sleep, or from a poor quality of sleep due to an untreated sleep disorder such as such apnea or narcolepsy. Shift work is also a factor, and some medications can also cause drowsiness. Drinking even a small amount of alcohol when you are already tired can also lead to drowsy driving.

Research shows that young drivers, particularly males ages 16-29, are most at risk for this type of impaired driving.

Have you ever suddenly realized that you can’t remember the past few miles you’ve driven? Next time it happens you might want to pull over because it’s a warning sign that your driving abilities may be impaired.

Other things to look out for include yawning or blinking a lot, missing your exit, or drifting into the next lane.

To avoid drowsy driving, don’t get behind the wheel if you are at all tired; wait until you’ve had a sufficient amount of sleep before heading out.

Don’t drink alcohol if you are at all sleepy. And limit the amount of time you drive between the hours of midnight and 6 a.m. If there is a passenger in the car who is not sleepy, let the passenger drive while you take a short nap.

Pinning an Accident on Drowsy Driving

Unlike other car accidents involving impaired driving, there is no test to determine if the driver involved in an accident dozed off. However, there are factors that can lead first responders to determine that the crash was probably due to drowsy driving. Common characteristics of drowsy driving accidents include:

The bottom line is understanding the symptoms of drowsy driving and avoiding situations that can lead to it. As the CDC notes:

If you notice the warning signs of drowsy driving, pull over to a safe place and take a 15-20-minute nap or change drivers.