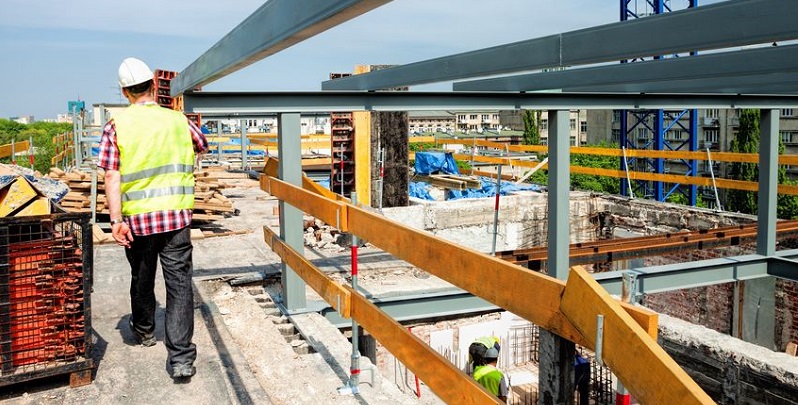 Slip-and-fall accidents accounted for 381 of 971 total construction deaths in 2017, close to 40 percent of all deaths.

Slip-and-Fall Accidents Leading Cause of Fatalities

Colorado’s economic growth is coming with a grim if indirect cost: rising numbers of deaths and injuries among construction workers.

Overall workplace fatalities in Colorado dropped in 2017. But according to the Colorado Department of Public Health and Environment, accidental deaths among construction workers increased by 58 percent, from 12 to 19.

In 2017, the most recently tabulated year, accidents claimed the lives of 77 workers; there had been 81 deaths related to work injuries in 2016. The state agency’s Roberta Smith said that most of the deaths had to do with accidents on the road. Some were categorized as slip-and-fall accidents.

“The increase in the activity is certainly a factor; we have more people working on the job,” she said.

More than 80,000 people came to live in Colorado between July 2017 and July 2018. According to U.S. Census Bureau, Colorado’s 1.4 percent increase in population made it the seventh fastest-growing state in the country. Nevada and Idaho had the largest population growth—2.1 percent—during this period. The total U.S. population increased by 0.6 percent during the same 12-month period. Births and deaths accounted for only small shifts in populations in these states. Larger shifts were caused by migration in or out of a state.

The Census Bureau estimates Colorado’s population to be 5,695,564, an increase of nearly 700,000 since 2010. The number represents 13.2 growth during that period, the fourth highest of any state. The population has surged most prominently along the Front Range corridor, north from Colorado Springs to the Wyoming border and in the Denver area.

With more people comes more construction. The University of Colorado Boulder reported that in 2017, Colorado contractors obtained single-family building permits at a rate 250 percent higher than in 2009.

The Occupational Safety and Health Administration (OSHA) reports that building trade workers accounted for 20.7 percent of the 4,674 private-industry workplace deaths that occurred across the United States in 2016. Excluding auto accidents, deaths most often fell into four categories.

Judging by OSHA citations, the safety standards most often violated in 2018 in the construction industry pertained to fall protection, scaffolding, and ladders in the construction industry. Standards most often violated in all industries pertained to hazard communication, respiratory protection, control of hazardous energy, industrial trucks, guarding of machinery, and eye and face protection.

If you or a loved one has been injured in a slip-and-fall accident in Colorado, contact the personal injury attorney Dan Rosen at (303) 454-8000 for a free consultation to discuss the details of your injury.