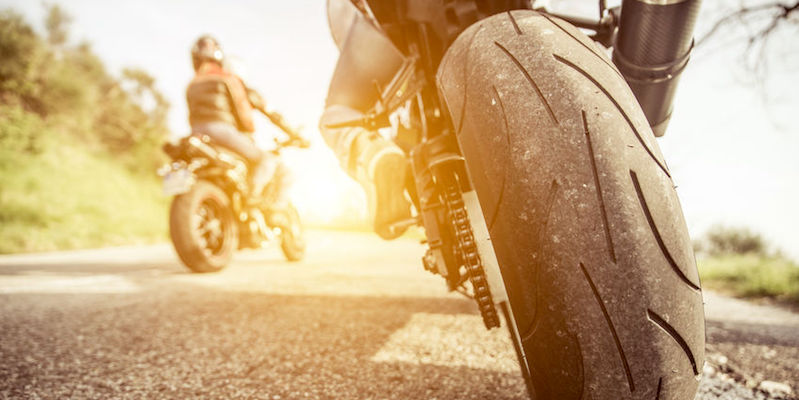 If you wear a helmet and you are involved in a motorcycle accident, your chance of survival is 29 percent better than if you were not wearing a helmet.

Although motorcycle enthusiasts are far from scarce, research shows there’s a downward trend in motorcycle sales in the United States. Over the past decade, the number of motorcycle drivers has fallen.

Online commentary suggests that safety may be the main reason for giving up the two- or three-wheeled bike. When you look at overall motorcycle safety statistics, you can’t blame those once-avid riders wanting to trade in their motorcycle for a four-wheeled vehicle.

According to the Insurance Institute for Highway Safety (IIHS) statistics gathered over the past couple of years, motorcyclists are 28 times more likely to die as a result of a crash per mile driven versus people in cars. The Governors Highway Safety Administration noted in its most recent report that there were 5,286 motorcycle fatalities in 2016, an increase of 5.1 percent from 2015.

A more historical look at traffic fatalities involving motorcycles shows that since 1994, fatalities continue to increase. The death rate from vehicle crashes dipped dramatically nearly a decade ago, though it has risen a bit since.

Evaluating the risk makes clear why a lot of people are walking away from motorcycles. Looking at recent data from across the country, you can see that in some areas you are taking your life in your own hands when you get on a bike. In Nevada, more than 22 percent of those killed in crashes in 2016 were motorcyclists. Here in Colorado, the number is high, with a little more than 20 percent of traffic fatalities in 2106 involving those riding a motorbike.

What’s sad though, is that a good number of those deaths could have been prevented had the driver been wearing a helmet. The Center for Disease Control and Prevention states that more than 800 lives could have been saved in 2016 if all motorcyclists wore protective helmets. In addition to saving lives, one study shows that more than $2 billion in medical and economic costs could be saved annually if helmets were mandatory across the U.S.

The most updated stats show that only 19 states, Colorado not being one of them, require all riders, regardless of age, to wear a helmet. The other states have no law on the books or mandate only that young riders wear a helmet.

Regardless of your age or where you live, you may want to consider this before you jump on a motorcycle: If you wear a helmet and you are involved in a crash, your chance of survival is 29 percent better than if you were not wearing a helmet.

Those riding bikes are to blame for a good number of fatal accidents. For instance:

That’s not to say automobile drivers don’t carry some blame. One motorcycle enthusiast website notes that a car making a left-hand turn at an intersection can create a deadly scene for someone on a motorcycle. That’s because drivers are looking for another car, not a motorcycle that can easily be overlooked, especially if the rider just appeared in the driver’s blind spot. A car changing lanes can also be dangerous, because again, a motorbike can get lost in heavy traffic, especially in the driver’s blind spot.

There are many other reasons for motorcycle accidents, and there’s a lot of blame to go around for these crashes. However, one thing is certain. If you ride a motorcycle, or if you are looking to buy one, you must be aware of the dangers and do everything you can to keep yourself safe. A good place to start is investing in a good helmet and taking a safety course before hitting the road.