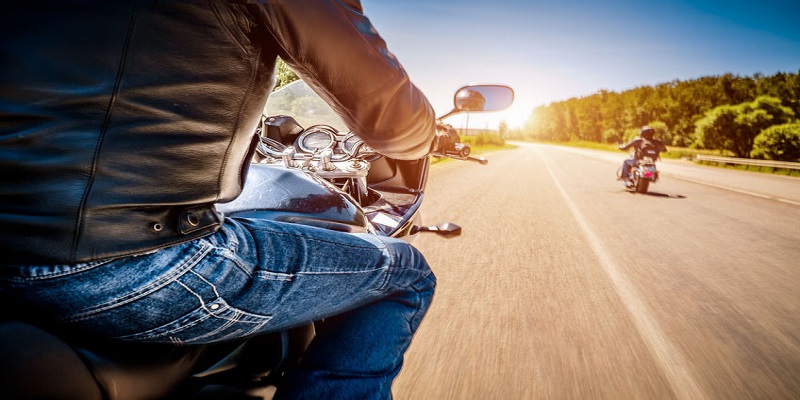 Colorado drivers should be aware of the most common causes of motorcycle accidents including bad weather, poor visibility and speeding.

Resources for Colorado Drivers on Causes of Motorcycle Accidents

According to the Insurance Information Institute, 4,586 people died in motorcycle crashes in the U.S. while another 92,000 were injured. There were approximately 8.4 million motorcycles on the road that year. The NHTSA reports that of these fatalities, 94 percent were riders and 6 percent were passengers.

Some of the most common causes of motorcycle accidents include:

Speeding is one of the leading causes of motorcycle accidents because speeding drivers do not have time to slow down or react to vehicles around them. Motorcycles are also more difficult to see because of their size. Many motorcycle accidents involving speeding drivers result in serious or even fatal injuries because motorcycles offer little or no protection to riders in the event of a crash.

According to Allstate, nearly half of all motorcycle accidents occur at intersections. To help prevent these types of crashes, motorcyclists should take an extra few seconds at intersections to make sure drivers of other vehicles are going to stop, particularly when traffic is heavy.

Poor visibility and dangerous road conditions caused by weather cause many motorcycle accidents. When riding in the rain, motorcyclists need to be particularly cautious when it first begins to rain, because that is when the water goes into dimples in the road and oil residue from passing vehicles floats to the top, making the road surface extremely slippery. Once the oil is washed off to the side of the road, traction will gradually improve, but surface conditions will not return to normal until the road has completely dried.

Dusk can be the most dangerous time to drive a car or ride a motorcycle, when people’s eyes are adjusting from daylight to headlights, so slowing down and taking extra care just after sunset is advisable. Motorcyclists should also keep an eye on the road’s surface at night since it is more difficult to see debris when there is less visibility. Motorcyclists who are conspicuous are less likely to get involved in crashes, so the use of high beams whenever possible (without blinding other drivers) is encouraged.

The Motorcycle Safety Foundation reports that more than half of all fatal motorcycle crashes involve another vehicle, such as a car or truck, and distracted drivers are a major threat to motorcyclists, who need to be vigilant for any signs of distracted driving around them, such as:

Drivers who are preoccupied on their cell phones also put motorcyclists in jeopardy and cause deadly accidents. A survey commissioned by AT&T found that seven in 10 people engage in smartphone activities while driving. Common culprits are texting and emailing, although surfing the web, tweeting, video chatting, and posting to social media are also prevalent. About one in seven drivers admitted to being on Twitter while behind the wheel.

Injured in an Accident Involving a Motorcycle?

If you’ve been injured as a result of a motorcycle accident, the fastest way to find out if you have a case is to schedule a free consultation with me. At the Law Offices of Daniel R. Rosen, our goal is to get you through your motorcycle accident and injury claim as quickly and smoothly as we can. I’ve earned over $100 million in settlements for my clients and personally handle every single case that comes across my desk. I can get you the settlement you deserve, and you won’t pay a penny until I come through for you. Fill out this form to tell me about your accident and schedule a free consultation.