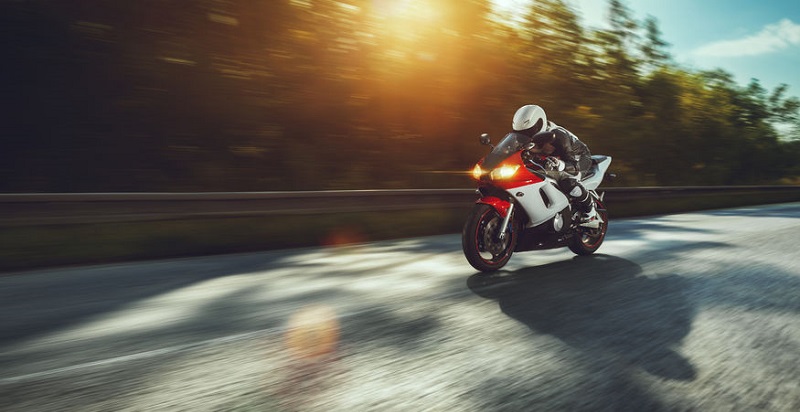 New safety systems being prepared for motorcycles could slash the risk of death and injury. Some of the cutting-edge tech being developed sounds like something out of a James Bond movie.

Motorcycles may be the vehicle of choice for hardy risk-takers. But following the lead of the automotive industry, bike makers are developing systems that promise to greatly reduce the rider’s risk of suffering serious and fatal motorcycle accidents.

Advanced safety technology is already standard on some new cars and trucks and is offered as an option by nearly all car manufacturers. Cyclists too may soon be seeing features like forward-collision warnings, automatic braking systems, and more.

In April, Cycle World reported that Japanese bike maker Kawasaki is seeking to patent a radar-assisted safety system. Suzuki and Honda have applied for similar patents. Italian manufacturer Ducati has confirmed that it will feature a 2020 model with forward and rear radar. KTM is also developing radar-assisted systems.

The Kawasaki patent application will probably use a radar system like those offered by car manufacturers–one that bounces radar waves off of approaching traffic in order to calculate distance and closing speeds. If the system detects an imminent crash, it could adjust the vehicle’s electronic throttle and trigger its automatic braking. It could also be used as part of an adaptive cruise control system, enabling motorcyclists on the highway to set a safe distance between the bike and vehicles just ahead and to maintain that distance even at varying speeds.

Unlike the systems featured on most new cars, those of Kawasaki, Ducati, and KTM would also include rear-facing radar to warn riders if a following vehicle gets too close. They might also provide blind-spot warnings when riders are changing lanes.

Engineers at Bosch, an automaker based in Stuttgart, Germany, have led the adoption of anti-lock braking and stability-control systems in the motorcycle industry and are also helping propel the latest developments. The company sells its systems to any bike makers who want them. Once the new technology is perfected, then, it is likely to quickly pervade the market.

Bosch has outlined its ambitious plans. It envisions an arsenal of cutting-edge safety systems, some of which sound like something out of a James Bond movie.

One technology being fine-tuned would use a rocket-like thruster system to control sliding in sharp turns by detecting when a motorcycle’s front wheel begins slipping and losing hold of a turn. Using directional nozzles near the wheel hub, the system would blow highly pressurized gas with a thrusting force strong enough to keep the front wheel on track.

Your next motorcycle may have eyes to help you hold turning roads and avoid the dangers of heavy traffic. As Bosch puts it, radar-based systems will give motorcycles “a sensory organ” to enhance safety and obtain a clear view of surroundings. The sensors would enable adaptive cruise control and forward-collision warning systems similar to that which Kawasaki is pursuing.

In addition to making rides safer, the systems will also make riding more fun and convenient, the German firm says.

Antilock braking systems were first installed in motorcycles in the early 1980s. Bosch hopes to perfect the technology. As they do for car drivers, antilock brakes help motorcycle riders hit the brakes hard without skidding. Skidding is a loss of traction that makes braking less effective and diminishes control over the bike.

The manufacturer estimates that about 25 percent of motorcycle accidents with injuries and deaths could be prevented if all bikes had antilock brakes.

Most bike accidents occur at a bend in the road. The stability control system that Bosch is developing for two-wheeled vehicles would give motorcycles greater wheel control than the best human driver could ever manage. When the bike leans into a turn, the system would automatically adjust electronic braking and throttle to match, reducing the risk of losing control.