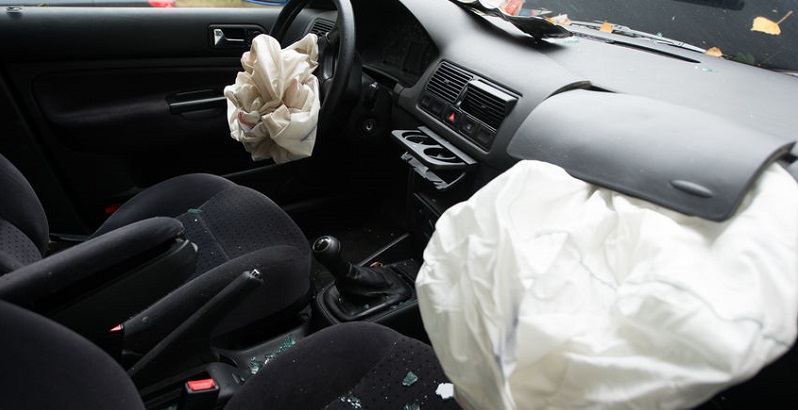 More Drivers at Risk of Being Injured by Their Vehicle

Last month, more than one million more cars were recalled because of faulty Takata airbags. In some cases, this is the second time the cars have been recalled. Meanwhile, the faulty airbags of millions of other vehicles have not yet been replaced as a result of the initial recall.

The story has to do with airbags exploding with such force that they are causing serious injury in the event of an auto accident, even death. The Takata airbag recall first made news in 2008.

The original airbag recall applied to a few thousand Honda vehicles. Twelve years later, the list of vehicles involved is much longer and includes several models that are popular in Colorado, like the Honda Accord, the most popular vehicle in the state. Last year, Consumer Reports noted that over one million Hondas were being recalled, including Accords made between 2001 and 2007 and in 2009. Honda itself has reported that “of the 23 total deaths worldwide linked to faulty Takata airbags, 21 have occurred in Honda vehicles.”

So far, the recalls have affected 19 different automakers and 100 million vehicles worldwide. But now another problem has been discovered that is triggering a whole new wave of recalls.

In December 2019, some car owners received a second recall notice when it was discovered that replacement airbags used during the first recall had been manufactured incorrectly, causing a hazard. This new recall is focused on non-azide driver inflators, involves five different automakers, and affects older vehicles with airbags that were designed differently from the airbags that were originally recalled. Safety officials say that the 1999 BMW 3 Series Models are not even safe to drive until repaired.

The automakers affected by the newest recall are Toyota, BMW, Audi, Honda, and Mitsubishi. Affected models were made from 1998 to 2000.

You can determine whether your car is subject to a recall by checking your vehicle identification number (VIN) at nhtsa.gov/recalls. If the model is being recalled, contact your auto dealer to get the problem fixed.

The Insurance Institute for Highway Safety notes that airbags have saved thousands of lives.