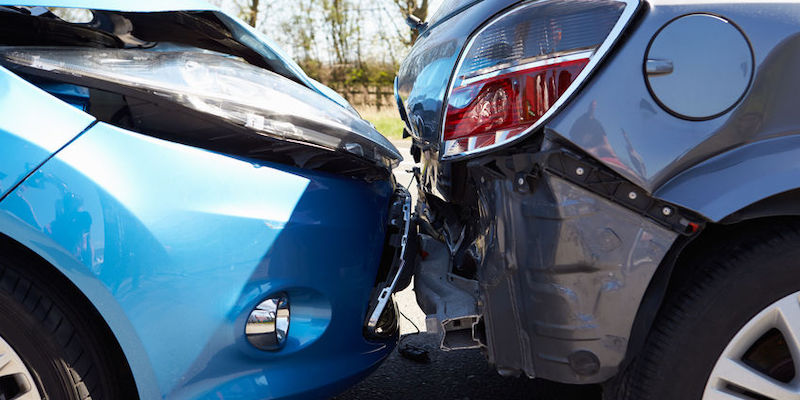 In Colorado, if you crash into a parked car, you are required to try to find and notify the owner of the vehicle.

Rules That Motorists Might Be Breaking Every Day — Without Realizing It

Ignorance of the law is not a defense, and virtually everyone understands that speeding or running a stop sign violates common traffic laws. However, Colorado drivers also need to be aware of some relatively obscure traffic laws that they might be breaking on a regular basis.

When Code 15 of the chain law is in force on state and federal highways in Colorado, all vehicles are required to possess one of the following: snow tires (minimum 1/8 inch tread), all-weather tires with mud and snow mark and 1/8 inch of tread, or four-wheel-drive with 1/8 inch of tread or chains, auto-sock, etc. for two-drive tires.

Under Colorado law, drivers are prohibited from turning left in an intersection while failing to yield the right of way to a car approaching from the opposite direction. However, making a left turn from a one-way street onto another one-way street during a red light is permissible (unless posted otherwise) after the motorist comes to a complete stop.

According to the Go170 website, accidents account for nearly 60 percent of all traffic delays, and an accident that takes only 10 minutes to clear can cause delays of nearly an hour. Under Colorado’s “Move It” law, motorists who are involved in minor accidents must immediately move their vehicles to a safe location out of traffic if the vehicle is still drivable, the accident did not involve drugs or alcohol, and no injuries were sustained in the collision.

Colorado’s Move Over Law, first enacted in 2005, was recently updated. It now requires drivers who are unable to move over when passing a parked law enforcement vehicle in an adjoining lane to reduce their speed to 20 mph under the speed limit (or 25 mph if the speed limit is less than 45 mph.

Unless otherwise directed by law enforcement personnel or in an emergency, drivers cannot park a vehicle in any of the following areas:

According to Colorado parking law, vehicles are also prohibited from parking within five feet of a public or private driveway.

In Colorado, if you crash into a parked car, you are required to try to find and notify the owner of the vehicle. If you are unable to do so, should you call the police or leave a note? The correct answer is both, and failure to do so is a class 2 misdemeanor traffic offense.

Think Before You Merge

In Colorado, cars attempting to merge must yield the right of way to approaching vehicles, and drivers must avoid merging if doing so requires another vehicle to slow down. Although no law exists making it legal or illegal, the Zipper Merge is one way to keep traffic moving, according to the Colorado Department of Transportation (CDOT).

Did you sustain serious injuries in a motor vehicle accident that was caused by another driver’s negligence? Contact the Law Offices of Daniel R. Rosen online or call 303-454-8000 or 800-ROSEN-911 to schedule your free initial consultation with an experienced Colorado automobile accident attorney today.