Are Dog-Bite Injuries Common in Colorado? 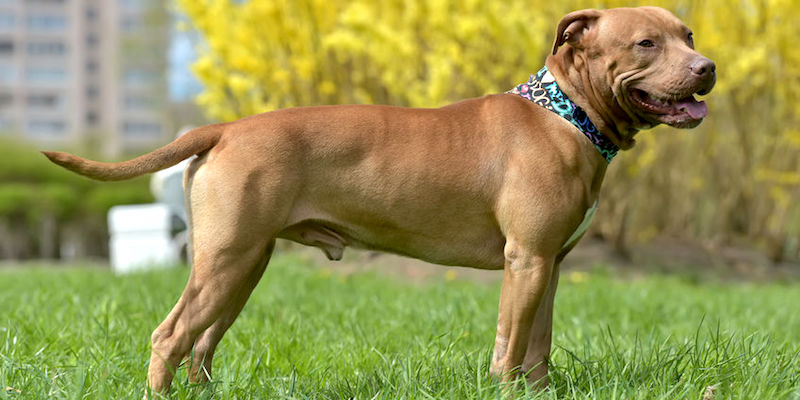 Pit bulls, which are banned in Denver, are responsible for about two thirds of all fatal dog bites in the U.S.

Colorado is one of the states with strict dog-bite liability laws.

Dogs are naturally inclined to bite when they are scared, startled, or need to defend themselves or protect something valuable to them. Although guard dogs and herding breeds can be the worst offenders, any dog can exhibit aggressive behavior if the conditions are right.

According to statistics compiled by DogsBite.org, approximately 9,500 people are hospitalized for dog bite injuries each year in the United States. Each day, about 1,000 people go to the emergency room to be treated for serious dog bite injuries. And, in the years between 2005 and 2017, 433 Americans died from injuries related to dog bites.

Here are some other facts about dog bites:

Colorado is one of 32 states with strict dog-bite liability laws, meaning that a dog owner will be held strictly liable for any injury or property damage caused by a dog, even if the dog was not provoked. Denver is also the largest jurisdiction in the U.S. with a pit bull ban in place, and it appears to be effective. A 2017 review in the Plastic and Reconstructive Surgery found that for nearly the past two decades, 5.7 percent of the dog bites occurring in Denver were attributed to pit bulls, compared with 54.4 percent occurring in the rest of the U.S. during the same time frame.

Dogs Breeds Most Prone to Biting

The Rottweiler came in a distant second, causing 45 fatal attacks during that time frame, and the German shepherd ranked third with 20. Some breeds not normally associated with aggressive behavior, such as the Labrador retriever, also made the list with nine fatal attacks.

Veterinary behaviorist Ian Dunbar has developed a six-level dog bite scale to measure the severity of bites, based on evaluation of wound pathology. Dunbar estimates that more than 99 percent of all dog bites are level 1 or 2 bites. The six levels are:

If you have sustained injuries related to a dog bite in Colorado, please contact Colorado personal injury attorney Dan Rosen to discuss your legal options.