Who Is Most Likely to Get into an Automobile Accident and Why? 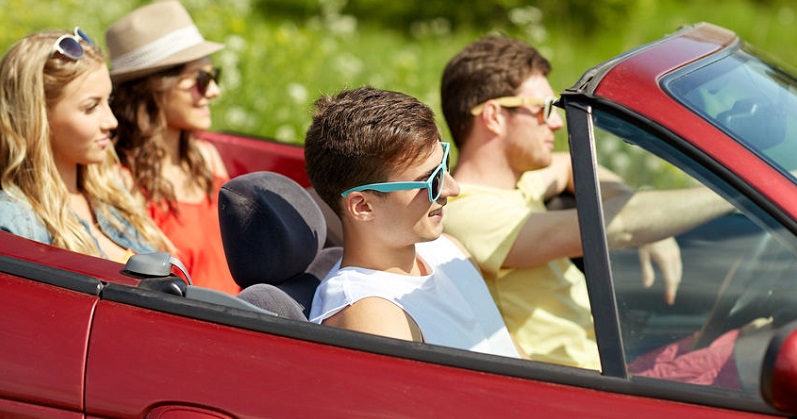 The likelihood that a young driver will be involved in a motor vehicle accident is directly related to the number of teenage passengers being carried.

Driver Age, Experience, and Behavior Are All Factors

Data compiled by the National Safety Council (NSC) indicates that the odds of dying in an automobile crash are one in 114, compared with one in seven for those who suffer from heart disease or cancer. An estimated 40,000 people die in automobile accidents in the U.S. each year: Who are the most likely to be involved in a collision?

According to the American Academy of Pediatrics (AAP), the risk of being involved in an automobile accident is greater among drivers ages 15-19 than any other age group in the U.S. Even worse, more than half of 8- to 17-year-olds who die in auto accidents are killed as passengers of drivers under 20 years old.

Teenagers at the highest risk for crashes include:

Other factors that put teen drivers at risk for accidents include a propensity for speeding, driving while under the influence of drugs and alcohol, lower seat belt use rates, and an increased rate of driving at night and on weekends when more car accidents typically occur.

Although there are more than one million more licensed female drivers than licensed male drivers, men cause 6.1 million more accidents each year than women, who cause 4.4 million accidents each year. This could be at least partly attributed to the fact that men drive about 30 percent more miles each year than women — 16,550 miles, compared to women, who drive an average of 10,142 miles annually, according to the Safety Resource Center.

According to the Insurance Institute for Highway Safety (IIHS), men are more likely to exhibit dangerous driving behaviors than women, and collisions involving male drivers are typically more severe than those of female drivers. However, females are more prone to injury in accidents of comparable severity, although those differences decrease with age.

There were nearly 44 million licensed drivers aged 65 and older in the U.S. in 2017, a 63 percent increase over 1999. Older drivers, especially those over age 75, have higher crash fatality rates than middle-aged drivers ages 35-54, according to the Centers for Disease Control and Prevention (CDC). These rates are primarily due to the increased vulnerability to injury that an older person has during a collision.

In general, older drivers engage in more safe-driving behaviors than their younger peers — frequently wearing seat belts, driving when conditions are safest, and avoiding impaired driving. However, age-related declines in vision and the ability to reason and remember all contribute to an older person’s decreased driving ability and the increased risk of being injured or killed in an automobile accident.

Did you sustain serious injuries in an automobile accident in Colorado? Contact Colorado personal injury attorney Dan Rosen at (303) 454-8000 or (800) ROSEN-911 to schedule your free initial consultation with a seasoned attorney.