For Drivers of Large Trucks, Colorado Is One of the Most Dangerous States 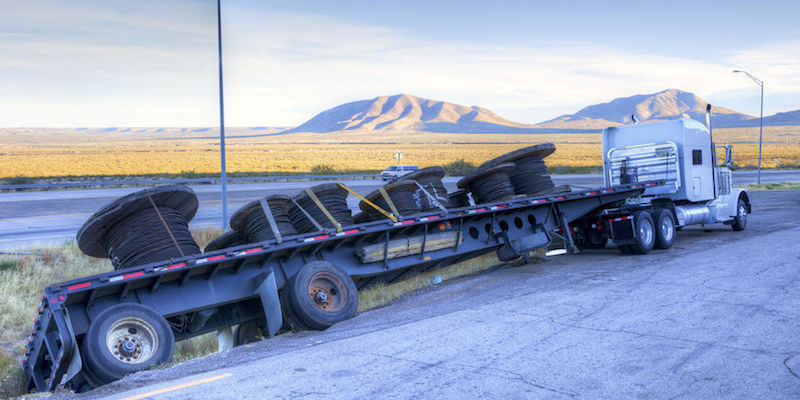 In 2017, 87 large trucks were involved in fatal accidents in Colorado. Truck drivers say that volatile weather conditions make it harder to handle their big rigs.

Every year, some 450,000 truck accidents occur involving 18-wheelers, crashes that result in thousands of fatalities.

Commercial trucks can weigh up to 80,000 pounds, and it takes great skill to control these vehicles in every kind of traffic situation. Recently, truck drivers were asked which states are the most treacherous to drive in, and North Dakota topped their list. But Colorado was also pretty high up on the list. Truckers highlight two hazards in particular that they face when navigating the road in the Centennial State.

In a Car-Truck Accident, It’s Safer to Be in the Truck

Large trucks can weight 20 to 30 times more than a passenger vehicle. So when a truck is involved in a crash with a passenger car, the people in the car are more likely to be injured and killed. The Insurance Institute for Highway Safety reported that in 2017, more than 4,102 people died in accidents that involved a large truck. Of those killed, 17 percent were truck drivers, 68 percent were passengers, and 14 percent were bicyclists or pedestrians.

But when only two vehicles were involved, a large truck and a passenger car, 97 percent of those killed were in the passenger vehicle.

Clearly, if you are involved in a crash with a large truck, the chances are a lot higher that you or someone in your vehicle will be seriously injured or killed than that anyone in the truck will suffer the same fate. It is crucial for drivers of non-trucks to be extra cautious when driving near large trucks.

Doing so may be especially important in Colorado, which truck drivers claim is one of the most treacherous states for them to drive in. According to the Federal Motor Carrier Safety Administration, 87 trucks were involved in fatal accidents in 2017 in Colorado, which is one fewer than were involved in fatal accidents in 2016, but 10 more than was the case a decade earlier.

Truck drivers don’t like bad weather. In North Dakota, drivers say that heavy, blowing snow that piles up makes roads dangerous, especially for drivers unused to such conditions. In Colorado, the problem is not so much the snow as the mountains, the wind, and the black ice — clear ice that looks like the (often black) pavement, making it hard to see. Drivers can quickly lose control of their vehicles on black ice if they are unprepared for it.

As one truck driver, Deymon Lavor, put it about driving in the state: “In my opinion, it’s better to take I-80 until Utah and then go to Los Angeles through Salt Lake City” than to go straight through Colorado. “It’s a lot easier that way.” Lavor adds that because the state has “a lot of open space… it’s easy for black ice to form on the freeways.”

Like trains, large trucks need a fair amount of time and space to come to a complete stop. So never cut a truck driver off. For a truck to stop quickly is next to impossible, especially if the roadway is wet because of rain, snow, or ice.

If you or a loved one has been injured in an accident, contact Colorado personal injury attorney Dan Rosen at (303) 454-8000 or (800) ROSEN-911 to schedule your free initial consultation.