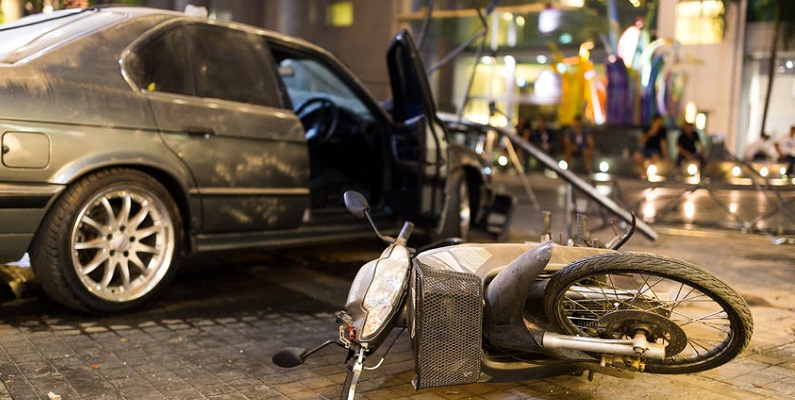 Research shows that drivers and pedestrians should be even more concerned about their safety than usual.

A 100-year-old national safety organization did extensive research and created a ranking for current causes of death. When examined, the list reveals actions and circumstances that are common to the general public and ranks the odds of dying from certain causes. When it comes to road-related accidents in particular, the numbers are concerning. Read on to discover the specifics and how to protect yourself as a driver, passenger, or pedestrian.

In 2016, the National Safety Council (NSC) released the odds of dying in the United States. Health-related issues, such as heart disease and cancer, were one and two on the list, but vehicle accidents, pedestrian accidents, and bike or motorcycle accidents were all ranked high. For instance:

The odds of dying do decrease if you ride a motorcycle or bike to:

Car Accident Odds Not in Your Favor

According to the Centers for Disease Control and Prevention (CDC), in 2015, six teenagers, ranging in age from 16-19, died every day due to injuries sustained in a motor vehicle crash. In addition, nearly 240,000 other teens were injured, some seriously. When it comes to all causes of deaths for teenagers, national health statistics show that a vehicle crash is the leading killer of teens, accounting for one-third of all teen deaths.

According to one state insurance association, in 2016, 49 teens were killed in crashes, up from 34 deaths the year before. Though not as bad as 2004 when 106 teens died in crashes, that gives little comfort to the families who have lost children at such a young age. Distracted driving remains the cause of many accidents, especially in the case of newer drivers. Whether it’s a young driver talking to someone else in the car or talking or texting on the phone, young drivers are too easily distracted when they should be concentrating on driving.

Regardless of age, individuals must do what they can to stay safe.

No matter what your status is on the road, driving a vehicle, riding in one, riding a bike or motorcycle, or just walking down the street, it’s up to you to stay safe. Here is a list of suggestions to ensure you and those around you avoid an accident: