Why You Should Never Say “Sorry” After an Auto Accident 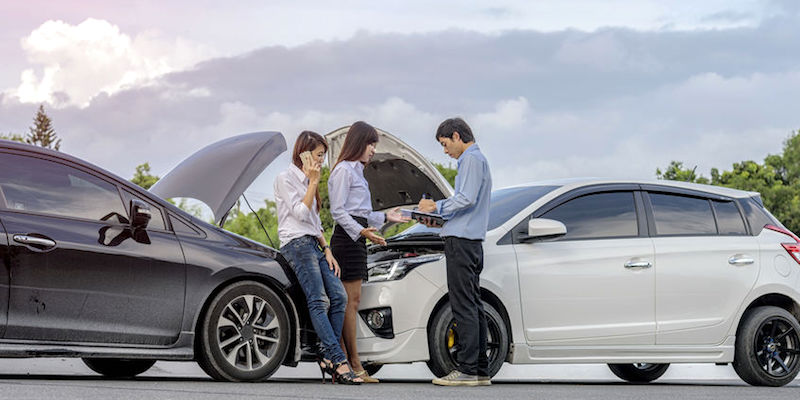 Under Colorado law, drivers who are 50 percent or more at fault for an accident won’t be able to recover damages for their injuries, and the recovery for those who are less than 50 percent responsible will be reduced according to their relative degree of fault.

An Apology Can Be Interpreted As an Admission of Guilt

The 1970 movie Love Story is remembered for the iconic line, “Love means never having to say you’re sorry.” While this phrase might not be relevant in every circumstance, apologies are especially out of place when you’ve been involved in a Colorado auto accident.

Why You Shouldn’t Apologize at an Accident Scene

People who have been in an accident typically feel overwhelmed, confused, and scared, and because accident scenes are usually very hectic, liability for the accident will probably not be obvious. Before you make a comment that you might regret later, remember that anything you say at the scene could be used against you later in a lawsuit for damages.

While you may think a simple “I’m sorry” is just a nice gesture and a cordial way to express regret for the situation, this simple statement could potentially be used against you in a personal injury lawsuit. Even if you do think the accident was at least partially your fault, you should never accept sole responsibility for it. You don’t know all the circumstances that could have contributed to the collision and what the other drivers might have been doing at the time of the crash.

One of the most important reasons why you should never apologize after any type of accident you’ve been involved in — automobile, bicycle, motorcycle, or pedestrian — is because it will give an insurance company the opportunity to misconstrue your statement and use it as ammunition to dispute, deny, or underpay your damages claim. When insurance companies have evidence that you apologized for an accident, they view this as proof that you were to blame. Don’t give them anything they can use against you that could have a negative effect on a potential personal injury claim.

Fault is the failure, either intentional or negligent, to act in a reasonable manner and causing injury to another person. When you say, “I’m sorry” at the scene of an accident, you likely don’t mean that you’re sorry for your intentional or negligent conduct that caused people to suffer injuries, but unfortunately, others involved in the accident (as well as their insurance companies) might interpret it to mean that you are accepting all the blame.

This is significant because Colorado is one of 33 states that follow a modified comparative fault rule. Under Colorado law, drivers who are 50 percent or more at fault for an accident won’t be able to recover damages for their injuries, and the recovery for those who are less than 50 percent responsible will be reduced according to their relative degree of fault.

Even if you feel responsible for the accident, never apologize or admit that you might have been at fault. In fact, you should avoid discussing fault at all. Instead, the first thing you should say after an accident is, “Are you all right?” You can exchange names and contact information with other drivers, but never apologize or accuse. Demonstrating concern for others is always the right thing to do.

Regardless of who you think might have been at fault, if you sustained injuries in an accident, contact Colorado personal injury attorney Daniel R. Rosen to discuss your potential for recovery.