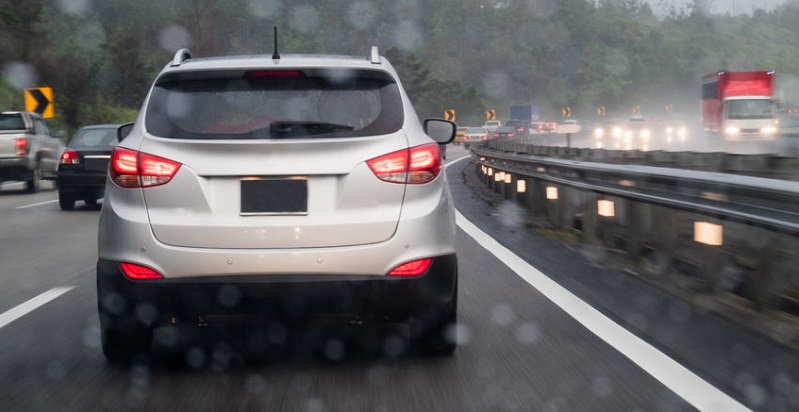 According to the U.S. Department of Transportation (DOT), nearly 1,235,000 car accidents each year are weather-related. These accidents kill nearly 5,000 people and injure more than 418,000 others. High winds, fog, and precipitation all increase the risk of accidents, but rain and wet roads cause more car accidents than any other weather condition.

This research about what weather is most likely to cause accidents wouldn’t surprise most people. But there are a few surprises in a recent study published by the American Meteorological Society.

For example, we learn that light drizzles have more to do with highway fatalities than heavy rain does. The Society’s study found that fatal auto accidents were 34 percent more likely to happen during any type of precipitation but 27 percent more likely to happen during light rain than during heavy rain or snow. The difference may be due to a tendency of many people to drive more slowly in heavy rain, snow, or hail but to discount the effect that light rain can also have on their ability to control their vehicles.

Day and night present different challenges for drivers. Although visibility is lower at night, nighttime drivers are also traveling during a time of lighter traffic density. In any case, the risk of driving during rainy conditions does not increase during the overnight hours. The risk actually peaks during the morning, particularly in rush-hour conditions.

In all regions of the continental United States, precipitation increases the risk of a fatal crash considerably, even when falling at light rates. This is so even apart from any effects present after the precipitation has stopped, like the wet roads that reduce traction.

Drivers in the Northern Rockies and Upper Midwest face the highest risk of fatal car accident during rainy and snowy weather. The risks appear to be lowest in the Northeast and Southeast, perhaps because those areas are more urban and vehicles travel more slowly on average.

According to the Federal Highway Administration (FHWA), light rain or snow can reduce the average speed of vehicles by up to 13 percent, heavy snow by up to 40 percent. The FHWA estimates that 23 percent of irregular delays on U.S. highways are due to snow, ice, and fog. That adds up to about 544 million hours of delay annually. Rain–which is more frequent than ice, snow, and fog–causes greater traffic delays and greater risk of collisions.

If you or a loved one has been injured in an auto accident, contact Colorado personal injury attorney Dan Rosen at (303) 454-8000 or (800) ROSEN-911 to schedule your free initial consultation to discuss your legal options.