Smartphones: The Witness in Your Pocket 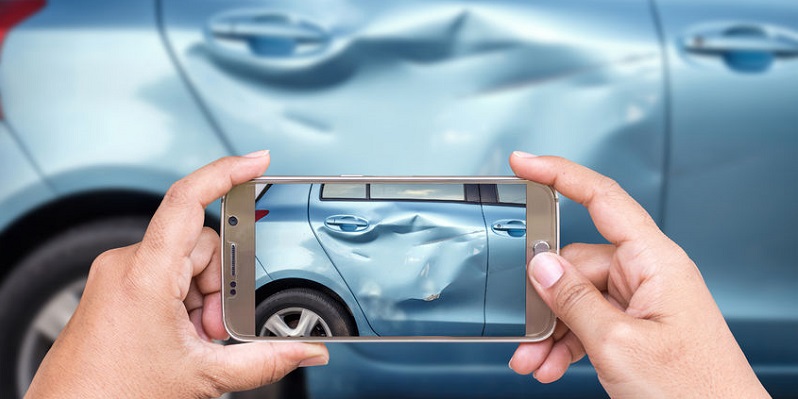 The pictures in your smartphone can be worth a thousand words if they help describe what happened in your Colorado car accident, without the fallibility of a human witness.

Camera, Video, Phone Can All Help After a Colorado Auto Accident

When that driver of a green Chevy truck ran a red light and smacked right into your yellow Toyota, the guy standing on the corner saw everything. Or was it a blue Ford truck and a yellow light? Any witness’ memory can be fallible, and in a courtroom, an insurance company attorney will try to make the most out of those flaws and gaps. But you’ve got one witness that can tell all with amazing detail and unquestionable accuracy, and it’s sitting in your pocket.

Boom! You’re in an accident. Call 911 to report the crash, check to see if you, your passenger,s or people in the other vehicle are injured and need your help. Then call your spouse and a trusted Colorado personal injury attorney. But don’t put your smartphone away.

Fire up your phone’s camera and start building your case.

Chances are that you’re not feeling your best at this point, but once you’ve alerted authorities, gathering evidence is mandatory. If you are injured or suspect you may be hurt, you should get someone to help with the camera. If you are taking lots of pictures on your own, then it might raise questions later about how injured and incapacitated you were at the time.

If there are other drivers or pedestrians in the area, it’s human instinct for them to want to help out another human being in distress, even if they’re only willing to take a couple of pictures.

The pictures you take need to tell a story. Take shots that will make anyone looking at them clearly understand what happened to you. The more information those pictures show, the more helpful they will be in convincing a judge or jury that you were hurt wrongfully.

Start from the beginning and work your way out. Begin with pictures of the inside of the car.

Moving outside of the car, if you’re able, first take shots showing the point where the vehicles crashed. If the vehicles have moved, try taking a picture of your car with the other vehicle visible behind it. Photos showing both cars together will help illustrate the context of the story.

Get a clear shot of the other driver’s car and license plate.

Take a couple of steps back. (Watch out for traffic!) Take pictures of your car’s position in the street and in relation to the other vehicle.

With your car or the other vehicle in the photograph, try to take pictures of any traffic signals, signs, and markers that should have been obeyed. Don’t leave out the striped lane markers.

Are there skid marks? Broken glass?

Try to get the whole situation, not just the pictures that reinforce your point of view. Before accepting the photos and videos as evidence, courts may want to evaluate how fair and accurate they are in portraying what happened. While you’re at it, why not take a picture of the witnesses and helpers who assisted you?

Turn on the Video Feature

If you’ve covered all of your bases photographically, you might want to up the ante by switching to video mode. A video will show things with the extra dynamics of motion and sound.

While shooting video, you can ask nearby people if they saw what happened and let them tell the story as they saw it. Capturing statements like this at the time of the car accident is important because it can clearly and reliably document what people said they saw. As attorneys know, witnesses’ memories fade over time. Even a truthful witness may change their account of what happened six months or a year after the event. Videos don’t change.

If the police haven’t arrived yet, you’ll need to exchange your license and insurance information with the other driver. It’s not recommended that you say much to him or her about the accident. Do not push your camera in someone’s face and avoid provoking a reaction.

Let Your Personal Injury Attorney Be the Judge

Even if you have 100 or 200 pictures after an accident, do not go through your photo folder and start deleting pictures that you think aren’t good enough or helpful to your case. Don’t start cropping or editing pictures. They’re evidence to be preserved. Let your attorney look at what you’ve got and get their view on how helpful the photos are and how to handle the files. You’re talking to a professional because you want expert knowledge, judgment, and advice. Use every bit of it.

One Photo Lead to a Cash Settlement

In one recent case, a 53-year-old man was struck in the leg by a truck bumper while crossing a multi-lane boulevard. The accident flung the pedestrian to the ground, and two passersby helped him off of the asphalt. He had lost his glasses and felt disoriented, so the victim asked one of his helpers to take pictures of the truck with his smartphone. They managed to get one picture of the truck and its trailer before the driver fled the scene.

Although the police took statements and a copy of the photo, the victim realized that because his injuries seemed only moderate, the officer wasn’t going to make a priority of searching for the truck. But that didn’t stop the victim from looking. After seeking initial medical care for his knee, which would end up requiring surgery, the victim posted the photo on a local social media bulletin board, asking for help in identifying the truck.

The suburban town’s streets had countless white pickup trucks pulling similar trailers, but the photo showed in sharp detail the make and model of the truck, with details like the type of door handles and wheel rims and smudges and scratches that made this truck and trailer unique.

Most attorneys will tell you not to discuss your crash details with other people and above all, to avoid saying anything on Facebook, Twitter, or Instagram because it could prejudice your case. In this situation, though, there was no case if the driver couldn’t be found.

Within 24 hours of putting the truck picture online, someone responded with the driver’s address, only a few blocks from where the accident happened. The victim used the address to search county property records and find the driver’s name. He looked up the homeowner’s picture on a social media page. It was the same guy. Although he was tempted to contact the driver, the victim instead sent the information to the police officer. When the officer showed up at his door, the driver admitted to being in the accident.

With an at-fault driver to blame, a completed police report, the photograph, and witness statements in hand, the victim’s personal injury attorney confronted the driver’s liability insurer. Four months later, after the victim completed medical treatment, he won a settlement check. It wouldn’t have happened without that smartphone picture.

If you or someone you love has been in a Colorado car accident, contact experienced personal injury attorney Daniel R. Rosen to discuss your legal options today.