Does the Rolling Stop Law Help or Hinder Bicycle Safety in Colorado? 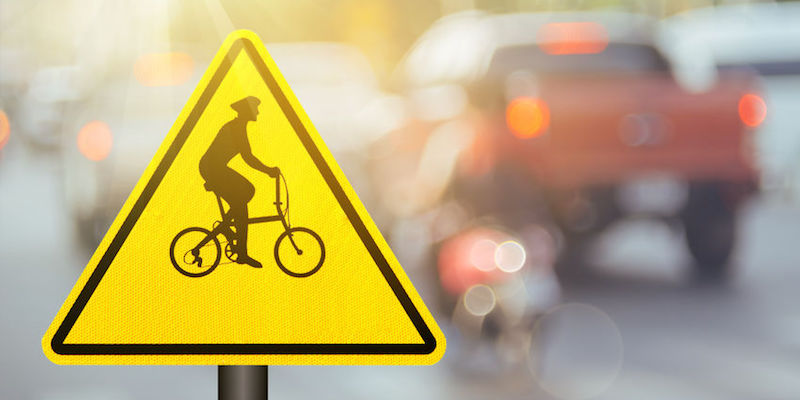 According to a 2016 DePaul University study, only one in 25 bicyclists actually complied with laws requiring them to come to a complete stop at intersections.

Hundreds of bicyclists die each year in traffic collisions nationwide. According to data compiled by the National Highway Traffic Safety Administration (NHTSA), there were 840 bicyclists and other cyclists killed in traffic accidents in the U.S. In 2016, an increase from 829 the previous year. Many of these accidents occurred at intersections, which can be particularly dangerous for bicyclists.

But this past May, the Colorado legislature passed a law that provides communities with a way to legalize the “rolling stop,” a common practice in which bicyclists roll toward a stop sign without coming to a complete stop. While the law gives cyclists greater discretion, opponents say it also creates uncertainty at the state’s intersections.

The Bicycle Operation Approaching Intersection bill signed by Colorado Governor John Hickenlooper in 2018 allows communities to set maximum rolling-stop speeds for bicyclists at between 10 and 20 miles per hour (with the appropriate signage), and gives bicyclists the option to pull out ahead of motor vehicles. The intent was to increase visibility and mobility options around automobiles. However, the law legalizes the long-standing tendency of bicyclists in certain locations to roll through stop signs at a “reasonable speed,” and stop only briefly before proceeding through the intersection when it is safe to do so.

Currently, only local governments in Aspen, Summit County, Dillon, and Breckenridge have laws that are specific to bicyclists, and the new law makes them consistent. If Denver were to adopt such a law, it could start a domino effect and bring the idea of a statewide law back before the legislature again.

In 2017, a measure that would have mandated rolling stops statewide failed during General Assembly. Rolling stops have been legal in Idaho since 1982 (hence the nickname the “Idaho Stop”), and the practice was later adopted in Delaware as well, where the “Delaware Yield” allows bicyclists to treat stop signs as yield signs on one and two-lane streets.

Bicycle advocates quoted in a recent PEW report say that it is easier to slow down and yield at intersections than it is to come to a complete stop and restart, which slows down traffic. As a result, many bicyclists don’t fully stop at stop signs.

According to a 2016 DePaul University study, only one in 25 bicyclists actually complied with laws requiring them to come to a complete stop at intersections. The PEW report also described the frustration felt by many bicyclists stopped at a red light with no vehicle next to them to trigger the underground road sensors that prompt traffic signals to turn the light green.

The practice of rolling stops remains extremely controversial, and some detractors believe that legalizing the practice gives bicyclists special rights and effectively condones unsafe behavior. One NHTSA report released in 2015 found that 28 percent of all bicycle fatalities occurred in intersections that year.

If you sustained serious injuries as a result of a bicycle accident in Colorado, contact Colorado personal injury attorney Dan Rosen for a free consultation.