What Do You Think About Red-Light Cameras? 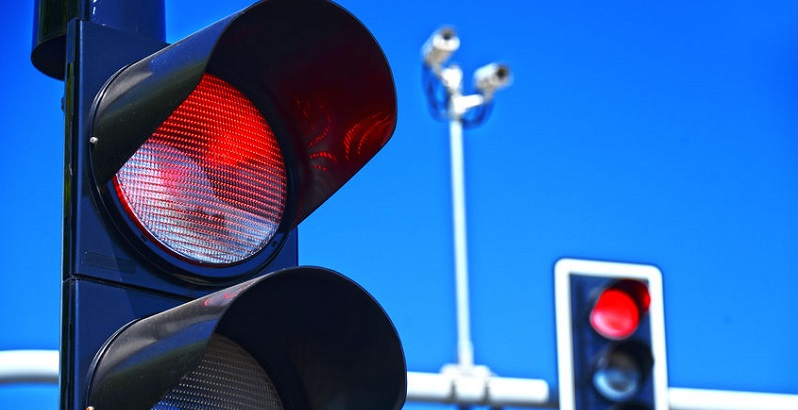 In 2015, 771 people were killed and 137,000 injured in auto accidents involving drivers trying to beat the light. In Colorado, the use of red-light cameras is still controversial.

The History, Implementation, and Effect They Have on Safety

Some Colorado cities are considering expanding the use of red-light cameras as a means of catching and ticketing violators. Colorado is not alone in using this technology. According to the Governors Highway Safety Association, more states than not are now using red-light cameras. Certain states are even using newer technology as law enforcement officials across the country try to find ways of deterring drivers from running red lights or speeding through school and work zones.

Like many things in life, there is good and bad news when it comes to red-light cameras. Started in 1993 in New York City, officials installed the first red-light cameras after many years of testing. The object was to place automated cameras at intersections with red lights to catch drivers running the light. Years later, the Insurance Institute for Highway Safety (IIHS) noted that hundreds of communities throughout the U.S. were using these cameras in an attempt to reduce the number of vehicle crashes due to red-light runners.

According to the agency, in 2015, 771 people were killed and 137,000 injured due to drivers trying to beat the light. While these numbers may seem high, IIHS says this is down from the nearly 6000 people killed in red-light crashes from 1992 – 1998. And, it’s not just other drivers that are being killed and injured. During the same six-year period, half of those killed were pedestrians. While study after study shows that red-light cameras generally reduce the number of auto accidents, it’s not across the board.

A 2004 study found that in North Carolina and Virginia accidents actually increased when cameras were installed. Some ten years later though, IIHS noted that cities that had the cameras and then shut them down saw a dramatic increase in crashes at these intersections, shooting up some 30 percent. Overall, more recent studies do show that having red-light cameras do serve as a deterrent and can reduce red-light runners by about 40 percent.

Drivers across the country have mixed reviews when it comes to red-light cameras. Some citizens believe that involves people’s perception that the cameras are nothing more than a cash cow for the city. Others agree the cameras serve as a deterrent and make intersections safer. When it comes to Colorado, the City of Denver is an example of a municipality implementing the camera program.

According to the Denver Police Department, the law enforcement agency is committed to smarter safety, including the use of automated cameras. Denver has been using the cameras since 1998. It also uses four photo speed vans, which work like red-light cameras, but the vans move around the city to catch speeders. Just as some drivers across the country complain about this technology, the use of camera technology has received mixed reviews from Denver residents while fully supported by some law enforcement agencies and organizations that work with seniors and people with disabilities as well as various other organizations in the Mile-High City. A map of area red-light cameras exists, so Denver citizens have no excuse to ignore them.

No matter how much public outcry there is, the red-light cameras are here to stay; in some Colorado municipalities, the program is expanding to include additional cameras. The only way to avoid a ticket is to abide by all local, state, and federal traffic laws and when you come to an intersection with a traffic light, regardless if there’s a camera or not, don’t try and outrun a red light. Stopping adds a few seconds to your travel time and may cause a minor inconvenience, but it’s much safer than trying to race through an intersection and endangering both yourself and others.