Can a Pedestrian Ever Be At Fault in an Auto Accident? 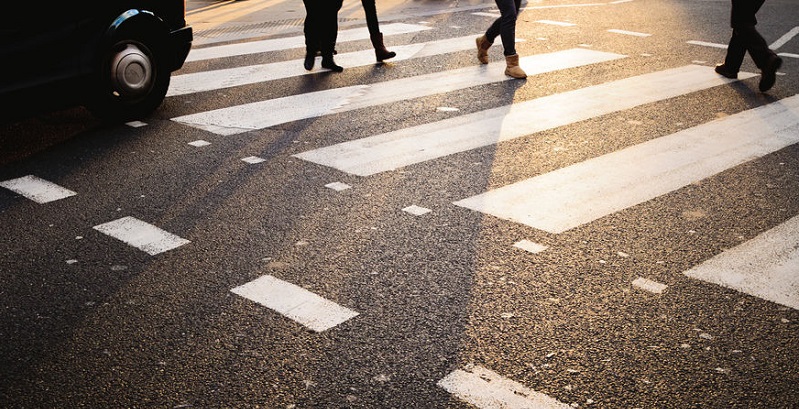 Accidents in which pedestrians are hit and killed constitute about 10 percent of annual traffic fatalities in Colorado.

Liability may be shared by both the driver and the pedestrian under some circumstances.

As in any growing area that is popular with visitors, there are often many pedestrians in Colorado. Unfortunately, though, more pedestrians also means more accidents.

According to the Colorado Springs Gazette, many fatalities in the state involve homeless pedestrians who cross streets illegally, i.e., outside the crosswalk, in between vehicles, or against traffic signals. As drivers deal with the emotional fallout of hitting and killing a pedestrian–often through no fault of their own–education campaigns to explain the dangers of jaywalking have been stepped up.

Accidents in which pedestrians are hit and killed constitute about 10 percent of annual traffic fatalities in Colorado.

According to the Colorado Department of Transportation, most accidents involving vehicles and pedestrians don’t occur at intersections. Causes of such accidents include narrow, winding roads with limited visibility; defective roads and parking lots; poor road maintenance; poorly designed sidewalks and pedestrian travel in other areas that do not accommodate walking; an increase in the popularity of SUVs, which have significant blind spots and longer stopping distances than other vehicles; distracted driving due to smartphone use; and distracted walking or other lapses by pedestrians.

The 2018 Spotlight on Highway Safety issued by the Governors Highway Safety Administration reports that most pedestrians are killed on local roads after dark. Nighttime accidents account for more than 90 percent of the increase in pedestrian deaths recorded over the last ten years. The driver, the pedestrian, or both were impaired by alcohol in about 50 percent of the auto accidents that resulted in fatalities.

In Denver, the goal of the city government’s five-year Vision Zero program is to reduce this fatality rate and end all traffic fatalities by 2030. The plan’s recommendations include redesigning crosswalks, adding bike and pedestrian lanes, and replacing streetlights with LED bulbs to provide better lighting.

Liability for a Colorado Auto Accident Involving a Pedestrian

The law doesn’t automatically blame the motorist who hits a pedestrian. Pedestrians may be found at least partly liable for an accident if they have helped cause it by doing any of the following:

Liability is often shared by both the driver and the pedestrian if it is determined that both helped cause the pedestrian’s injuries. However, if the pedestrian is found to be 50 percent or more responsible, contributory negligence may be assessed against him and he may be ineligible to recover any compensation for damages.

If you have questions regarding liability for an auto accident in Colorado involving a pedestrian, contact personal injury lawyer Dan Rosen at (303) 454-8000 or (800) ROSEN-911 to schedule your free initial consultation.