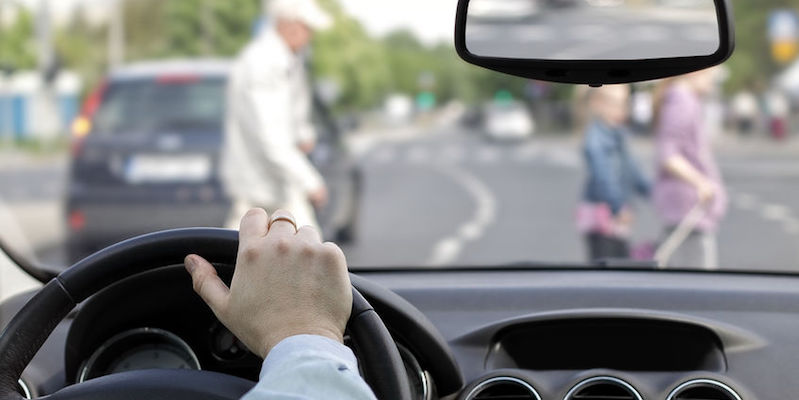 According to one report, Americans are 7.2 times more likely to die as a result of a pedestrian-vehicle accident than from a natural disaster.

America’s streets aren’t getting any safer for pedestrians. Over the last 10 years, the number of pedestrians struck and killed has increased by at least 35 percent, according to “Dangerous by Design,” a 2019 report published by Smart Growth America.

The report stated that 49,340 pedestrians walking on streets were killed between 2008 and 2017. During this same time period, Americans were 7.2 times more likely to die while walking than from a natural disaster. Florida was considered the most dangerous state for walking in the U.S. during the designated time frame, when 5,433 pedestrian fatalities occurred.

According to data compiled by the National Highway Traffic Safety Administration, most pedestrian deaths occur in urban areas, non-intersection locations, and after dark. Older adults, people of color, children under the age of 15, and pedestrians walking in low-income areas were found to be most at risk. Alcohol involvement on the part of drivers and/or pedestrians was reported in approximately 48 percent of the traffic accidents that claimed the lives of pedestrians in 2015.

A pedestrian who is hit by a vehicle is at a distinct disadvantage in terms of force, size, and weight, particularly if the vehicle is traveling at a high rate of speed. Some of the injuries pedestrians can suffer include:

The severity of pedestrian injuries is dependent on many factors, including vehicle speed, the angle of the vehicle’s impact with the pedestrian, the part of the body that comes into contact with the vehicle, and vehicle design.

If you sustained serious injuries while walking as a pedestrian, contact Colorado personal injury attorney Dan Rosen to schedule your free initial consultation to discuss your legal recourse.