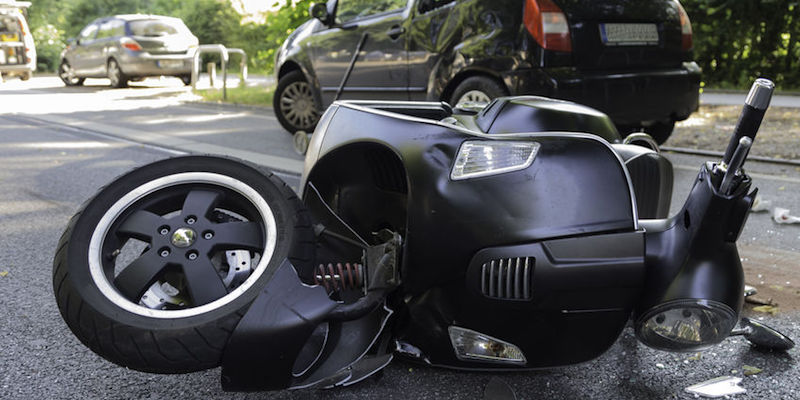 Many accidents between motorcycles and passenger vehicles involve issues with exactly who has the right of way.

When a motorcycle collides with a larger passenger vehicle, the motorcyclist is at a much higher risk of serious injury than the occupants of the vehicle. Many motorcycle/vehicle accidents involve issues with exactly who has the right of way.

What is right of way?

Right of way is the right of a pedestrian, vehicle, bicycle, or motorcycle to proceed first (with precedence over others) in a particular place, such as an intersection. Rules about right of way, along with common sense and courtesy, have been established to help promote traffic safety, and signs, signals, and markings are often used to make priorities clearer.

At a four-way stop, others should yield to the vehicle that arrived first. If two vehicles arrived at the same time, you should yield if the second car is to your right. However, don’t always insist that others proceed before you. If another vehicle anticipates that you will take your legal turn, you could put others in danger if you stop or slow down to let someone else proceed ahead of you. At T intersections, vehicles on the through road have the right of way.

Failing to yield the right of way contributes to motorcycle accidents.

Motorcyclists are required to follow the same rules of the road as other vehicles. Yet, drivers in passenger cars sometimes have trouble seeing motorcycles and therefore might fail to yield the right of way to motorcyclists. This is one of the primary causes of motorcycle accidents in Colorado.

Most collisions between motorcycles and passenger vehicles involve left turns at intersections. Drivers need to take a second look before crossing traffic or attempting a left-hand turn, looking for a helmet above, tires below, or a shadow alongside a vehicle that indicates the presence of a motorcycle. Motorists in passenger vehicles should always use turn signals to indicate what their next move will be, allowing motorcyclists to anticipate traffic flow and find a safe lane position.

On August 2, 2019, a new law took effect in Colorado allowing motorcyclists to proceed through malfunctioning lights. If a sensor controlling the light fails to recognize a motorcycle, under the new law the driver can proceed through it as though it were a four-way stop or blinking yellow light. However, the law does not require that motorcyclists wait a specified amount of time before deciding to proceed, leaving room for interpretation by motorcyclists and law enforcement.

Inattention on the part of motorists and as well motorcyclists can result in the failure to yield right of way, leading to a crash. If you sustained injuries in a motorcycle accident involving a right of way issue, contact Colorado personal injury attorney Daniel R. Rosen to discuss your potential for recovery.