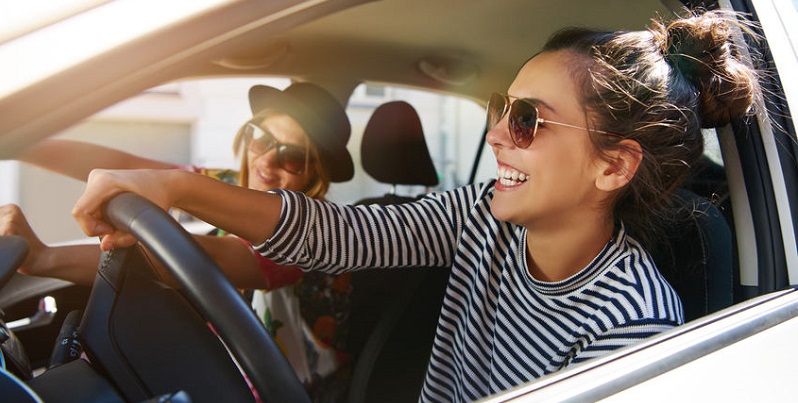 The auto accident fatality rate per mile driven is three times higher for teenage drivers than for drivers older than twenty.

Canadian psychologist Albert Bandura has done extensive research about modeling, the idea that people often learn by imitating the behavior they often see.

Such modeling starts at a very young age. Whether they realize it or not, parents who drive are giving their children lessons in handling a vehicle. If a parent is careless or ignores basic traffic laws, he sets a bad example for his kids, especially for a teenager who will soon be driving.

Being a Positive Role Model

According to OnlineDriversEd.com, teenagers watch their parents, “and they’ll be prone to the same distractions you are.”

Guilty of “just glancing” at your cell phone if you get a text message while you’re driving? Your teen will be more likely to justify the same behavior. Fiddle with the radio when you should be paying attention to traffic? “Well, Mom does it.”… Do you always wear your seat belt when you’re behind the wheel and insist on the proper seat belt use in the car, or are you a little lax with how often you actually remember to put it on? If you always practice car safety, your teenager will be more likely to do it too.

The Centers for Disease Control and Prevention (CDC) reports that six teenagers die in car accidents every day. Fatal Colorado auto accidents involving drivers from 15 to 20 years old have increased dramatically. Between 2013 and 2017, fatal crashes increased by 60 percent. According to the Colorado Department of Transportation, 91 young drivers died in 2017 and 81 in 2018.

Car accidents are the number one killer of teenagers in the United States. The Insurance Institute for Highway Safety reports that the fatality rate per mile driven is three times higher for drivers aged 16 to 19 than for drivers older than 20.

Here are a few of the ways you can lead by example to help a young person become a responsible driver:

Making sure that your child learns good driving skills, including defensive driving skills, is essential. In addition to any instruction you provide yourself, you may also enroll your child in a good driver education class. At least some formal instruction is often mandatory. Colorado requires the youngest aspiring drivers to complete a 30-hour driver’s education course or a four-hour driver awareness program before getting a permit en route to full driving privileges.

Also, consider signing a parent/teen driving contract with your child to further instill the requirements of good driving. The Colorado government has published a sample contract listing rules to be followed and consequences for breaking them.