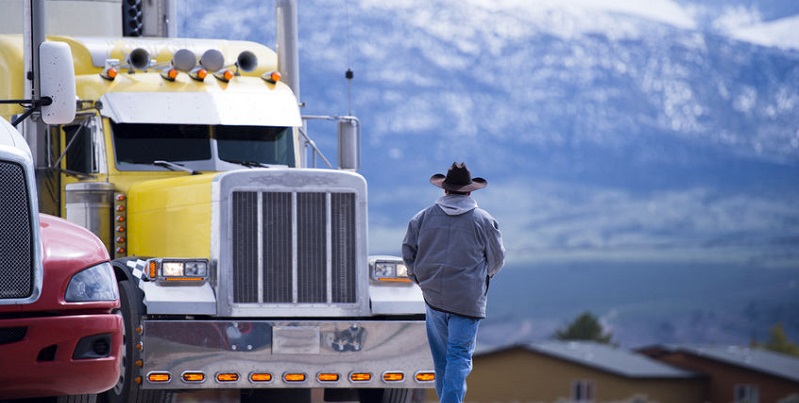 The number of deaths in U.S. accidents involving large commercial trucks has declined significantly since its peak of 6,702 in 1979.

The administration of President Donald Trump has wasted no time in rolling back provisions of a rule requiring interstate truckers to take certain amounts of down time for sleep and relaxation.

Federal rules limiting truckers to 60 hours on duty in seven consecutive days, or 70 hours in eight days, remain in place. And truckers can still “restart” the clock on those periods of work by spending 34 consecutive hours off the road. But some complicated provisions governing the use of such restarts have been abandoned.

The provisions, enacted July 1, 2013, required the 34-hour restarts to include two consecutive 1 a.m. to 5 a.m. overnight periods, and allowed only one restart a week, according to Lyndon Finney of The Trucker industry news site. Without those provisions, the industry returns to the former rules, which allow unlimited use of the restart and do not require the two consecutive overnight periods.

The Department of Transportation’s inspector general issued a report March 5 saying the 2013 restart provisions had not demonstrated a benefit to drivers’ health and safety. The report was based on a congressionally mandated study that had been awaiting action by former Secretary of Transportation Anthony Foxx since being completed in December 2015. Elaine Chao replaced Foxx in January.

The study was not able to demonstrate conclusively that the restart rule that went into operational effect on July 1, 2013, provided “a greater net benefit for the operational, safety, health, and fatigue impacts,” the Federal Motor Carrier Safety Administration’s report said.

In 2014, 63 people died from Colorado accidents involving large trucks, down from a high of 82 in 2007, according to statistics from the U.S. Department of Transportation.

Across the United States, 4,234 men, women, and children died in crashes involving large trucks in 2014, the agency reported. That was down from a peak of 6,702 deaths in 1979. The deaths began a marked decline in 2008-09, which has been variously attributed to better safety regulations and to the national recession occurring at the time.

The declines are even more remarkable considering that the number of trucks and buses on U.S. highways doubled from 5.8 million in 1975 to nearly 11.8 million in 2014. When put in perspective it translates to 30.4 deaths per million U.S. truck miles in 1975 to only 12.1 deaths per million miles in 2014. You really need an experienced truck accident lawyer that will go to fight for your rights.

Finney wrote that the rollback is considered a victory for trucking interests that have railed against the 2013 regulation since it was introduced in December 2010.

The restrictions imposed by the Obama administration in 2013 yielded no safety benefit to America’s truck drivers. Had the agency undertaken a more data-driven, inclusive rulemaking process at the time, this long and largely unnecessary process could have been avoided.

The change, however, is a defeat for some unions and safety advocates who argued to keep the 2013 rules in force.

James P. Hoffa, Teamsters Union general president, criticized the report and change, saying they are shortsighted and could jeopardize the lives of Americans on the road:

The DOT inspector general signed off on a study which had been rigged by the trucking industry from the start. Their friends in Congress attached a rider to a spending bill which dictated the parameters of the study in order to ensure its outcome. DOT had to reach a very high evidentiary bar while examining limited data, and in turn came to a conclusion which runs counter to what Teamsters and common sense knows to be true, that more rest for drivers means greater safety.