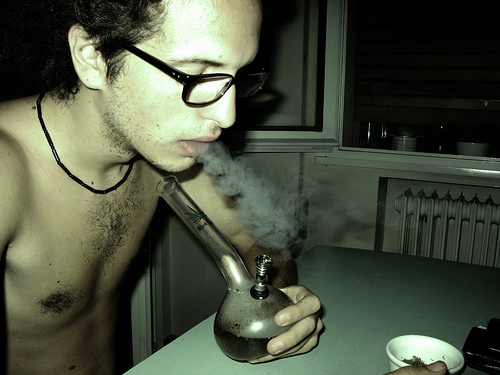 “There is currently no comprehensive way to track instances of marijuana-impaired driving in Colorado,” writes John Ingold in a Denver Post article published yesterday. Colorado authorities are concerned that a disturbing trend — stoned and dangerous driving — may be on the rise, particularly after an Arvada man crashed his pickup truck into a Colorado State Patrol Car last month.

Police suspect the driver, 23-year-old Keith Kilbey, was stoned on marijuana, Ingold writes. Besides careless driving, Kilbey was charged with driving “under the influence of alcohol or drugs or both,” although neither his official summons nor the accident reports specifically mentions marijuana. Because Colorado charges marijuana-impaired driving cases in court under the same law as alcohol-impaired driving cases, the two can’t be separated in judicial data, Ingold reports. He goes on to write:

Law enforcement agencies have not historically kept separate tallies on stoned-driving cases. The State Patrol began doing so this year, but it has no numbers prior to January to compare the new results to.‘Until we have a solid amount of information, we can’t make that assessment,’ said patrol Trooper Josh Lewis.

In arguing that stoned driving is on the rise in Colorado, officials have cited the number of blood-test samples in which the state’s toxicology lab found marijuana derivatives, but the lab closed last year due to an integrity scandal, Ingold writes. There are two other labs in the state certified to do drug tests on blood samples, but their increased workload now makes year-to-year comparisons difficult, he writes.

Stoned driving is a concern of the federal government, as Ingold notes. A recent study, as this blog reported on Feb. 7, finds that fatal crashes in the U.S. involving marijuana tripled from 1999 to 2010. In that same blog post, we quote Jonathan Adkins, deputy executive director of the Governor’s Highway Safety Association, as telling HealthDay‘s Dennis Thompson that “marijuana impairs driving in a similar way that alcohol does, impairing judgment, affecting vision, and making a driver more distractible and likely to take risks behind the wheel.”

Meanwhile, other states are watching what happens in Colorado, since it is the first state to legalize recreational use of pot. Reporting for The Metro West Daily News, Mike Gleason interviews several Massachusetts officials, including Wayne Sampson, executive director of the Grafton-Based Massachusetts Chiefs of Police Association, and Worcester County District Attorney Joseph Early:

‘We are fundamentally opposed to the unrestricted availability of marijuana, based on our long-term experience,’ [Sampson] said. ‘We’ve seen the ramifications and how it affects families, and we’re certainly concerned about the driving aspect.’…Early said his major fear, if a ballot initiative passes, is impaired driving.‘We see a lot of carnage on our roadways, a lot of deaths,’ he said, adding that he especially feared juveniles driving while under the effects of marijuana. ‘Poor decisions get made when some young people get behind the wheel.’

Despite Colorado voters approving medical marijuana in 2000 (a law which went into effect in 2001), not all doctors are on board. In an InPractice blog post published in The Boston Globe, Suzanne Koven, M.D., writes:

A fascinating recent study in the Journal of Family Practice found that 46 percent of family physicians in Colorado, where medical marijuana has been legal since 2000 and recreational marijuana is now also legal, believed doctors should not prescribe it.

Colorado is having other problems related to legal marijuana. A new Quinnipiac poll finds that although most Colorado voters support legal pot, a majority also say it is not good for the state’s national profile, writes Noelle Crombie for The Oregonian. And a recent Time magazine cover story reports that the most dangerous aspect of legal pot in Colorado is thieves targeting marijuana businesses, more than half of which the federal government does not allow to use banks or credit cards because federal law classifies marijuana as a drug in the same category as heroin.