Warm Weather Driving Can Be Riskier Than During Winter 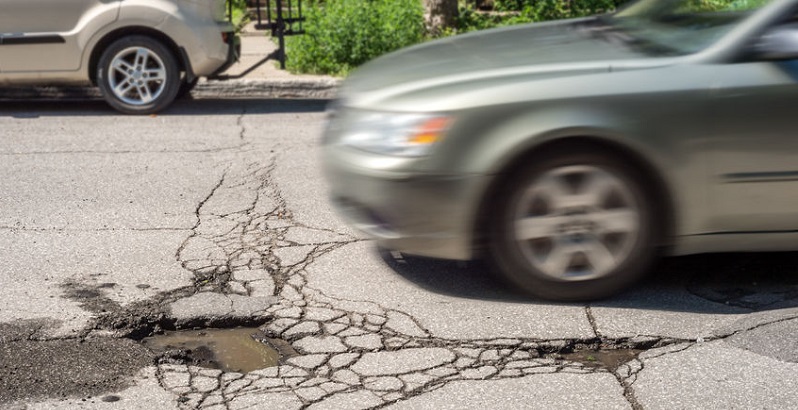 Pothole damage costs drivers approximately $3 billion annually in damage to wheels, tires, rims, steering linkage, alignment, and suspension components. Potholes can even cause car accidents when drivers swerve to avoid them and end up endangering others.

Winter may be behind us, but safe driving never goes out of season. Springtime in Colorado presents certain distinct driving challenges, such as:

Rainfall leads to slippery road conditions, which affects a driver’s ability to handle a moving vehicle, increases stopping distance up to four times, and can lead to hydroplaning. According to the Federal Highway Administration (FHWA), between 2005 and 2014, rain was to blame for about 46 percent of all weather-related auto accidents, with wet pavement accounting for 70 percent. Surprisingly, far fewer weather-related crashes happen in winter weather conditions: 18 percent when it is snowing or sleeting, 13 percent due to icy pavement, 16 percent on snowy or slushy roads, and just 3 percent because of fog.

People driving in states known for hail, such as Colorado, need to be aware of the danger associated with driving during a hailstorm. Even relatively small hailstones can shatter windows and windshields, dramatically reduce visibility, and make the surface of the road extremely slippery (comparable to driving on ice). If hail is severe, you should pull over to a safe place (preferably under an overpass), keeping your vehicle angled so the hail hits the front of the car, where the windshield is reinforced to withstand pelting objects.

Drivers should proceed with caution on flooded roads. According to Consumer Reports, more than half of all flood-related drownings occur when someone drives in floodwaters. According to the report, if water on the road appears to be six inches deep, you should turn around, particularly at night, when it may be more difficult to recognize the danger. Driving on flooded roads can cause vehicles to be swept away, drivers to lose control, or engines to stall, putting drivers and passengers at risk of drowning if the water continues to rise.

Winter conditions — snow plows, sand, salt, and ice — take a toll on the nation’s roads, and once all the snow melts in the spring, new potholes are often exposed. According to a 2018 AAA study, pothole damage costs drivers approximately $3 billion annually in damage to wheels, tires, rims, steering linkage, alignment, and suspension components. Potholes can even cause accidents when drivers swerve to avoid them and end up endangering others.

Warmer weather usually means increased numbers of bicycles, motorcycles, and pedestrians out on the roads, and this added traffic increases the risk of injury. It can be difficult for motorists to see those walking or riding bicycles or motorcycles, and the best way to reduce these dangers and stay safe is to avoid all distractions while driving, and pay especially close attention when approaching intersections, changing lanes, turning, or backing up.

Springtime is allergy season, and many people take over-the-counter or prescription allergy medications to minimize or control their symptoms. These drugs can interact with other medications or produce side effects such as sleepiness, blurred vision, dizziness, inattention, nausea, and other reactions that can adversely affect one’s driving ability. The more medications you take, the greater the risk that these drugs will impact your ability to drive safely. To help avoid problems, you should speak to your doctor about your medications at least once a year, even if you are not currently having any issues.