Big Rig Accidents on the Rise 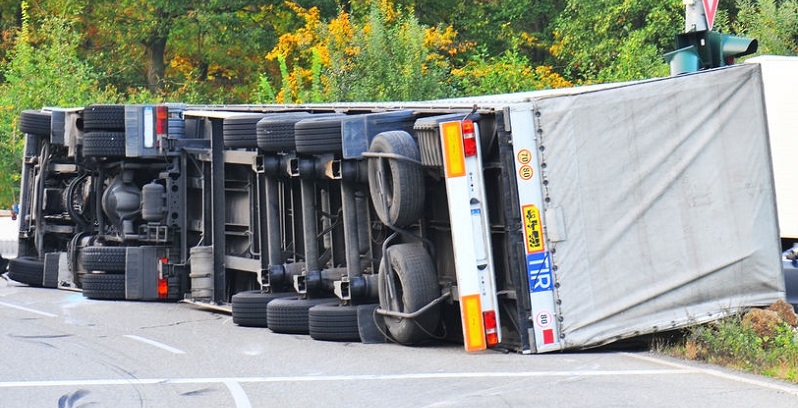 The drive to require use of speed limiters on large trucks as a way to reduce accidents has been under way since 2006.
Truck fell over after accident

Truck accident fatalities are increasing in the U.S., but safety experts say technology could help reverse the trend.

Although the number of truck miles driven stabilized between 2009 and 2017, the number of people who died in accidents involving big rigs increased 41 percent during the same time period, rising from 3,380 to 4,761, according to data compiled by the National Highway Traffic Safety Administration (NHTSA).

Such sobering statistics have prompted the truck safety organization Road Safe America to ask Congress to require that all commercial trucks use speed limiters set at 65 mph. The group says truck manufacturers have been installing speed limiters on trucks since the 1990s and no extra expense would be incurred with their use, yet the U.S. has failed to mandate use of the technology. Many other countries, including Canada, Japan, Australia, Germany, France, and the UK, require them.

More than 70 percent of all the largest trucks (class 7 and 8) voluntarily use speed limiters. According to an Ontario study, requiring everyone to use them could prevent as many as 100 fatalities per month. Speed-related collisions involving large trucks dropped 73 percent after mandatory speed limiter laws took effect in Ontario. The Ontario Ministry of Transportation study also disproved claims by trucking groups that speed limiter technology would lead to a spike in overall accidents involving large trucks.

Road Safe America was also part of a group of truck safety organizations that requested agencies of the U.S. Department of Transportation (DOT) to require the use of speed limiters back in 2006. A decade later, the DOT issued a notice that if the rule was put into effect, it would apply only to new trucks, but no action has been taken since that time, due in part to the Trump administration’s pledge to cut federal regulations.

Had it been implemented, the rule would have required that each vehicle, as manufactured and sold, would have a device installed that was set to a speed not greater than a specified speed (no actual speed was ever proposed for the devices). Vehicles would have been equipped with the ability to read the vehicle’s current speed setting as well as the two previous speed settings, and carriers would have been required to maintain the speed-limiting devices for the service life of the vehicle.

How do speed limiters work?

Speed limiters operate through a series of electronic sensors that dictate how fast a vehicle is traveling and then communicates this information to a computer, which manages virtually all the engine’s functions. Once the pre-determined speed is reached, the computer steps in by restricting the flow of air and fuel to the engine, and the vehicle is unable to exceed the set speed.

“Limiting tractor trailers to a reasonable maximum speed makes common sense, and companies that utilize speed limiters are safer and also more profitable because they gain fuel savings, and better brake and tire wear. Speed limiters are coming, either through the legislative or regulatory process, because they will save lives, and we won’t give up the effort until we achieve that goal.”