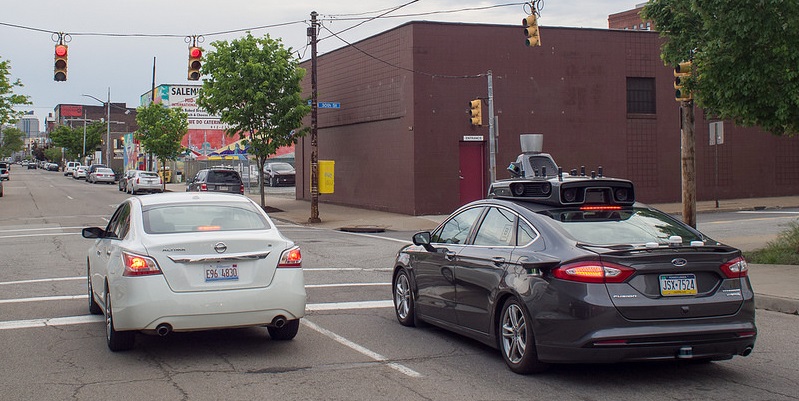 An experimental autonomous Uber car travels the streets of Pittsburgh during a test of the vehicles in 2016.

When some hear the term “autonomous vehicle,” they may think back to the flying cars of their childhoods, like the ones on the TV cartoon, The Jetsons. Fast-forward to 2017, and while flying cars are still in the distant future, driverless cars, or autonomous vehicles as they are technically called, are here.

An autonomous car is a vehicle that’s capable of sensing its environment and navigating without human input. If you haven’t been paying close attention to this new technology, you might be surprised to know that the first prototype of a driverless car was released back in December 2014. Google, using technology developed by Waymo, actually started working on a prototype in 2009. Waymo notes that from 2009 to the release of the car in 2014, its models have spent the equivalent of 300 years of driving time on the road. Waymo boasts that it has:

[…] led the industry from a place where self-driving cars seem like science fiction to one where city planners all over the world are designing for a self-driven future.

While a lot of attention has been focused on Google cars, the search engine company hasn’t been alone when it comes to developing autonomous cars. Uber, China’s Baidu, and other automotive makers including GM, Ford, Volvo, Jaguar Land Rover, Audi, and BMW are also developing the high-tech automobiles.

How Does a Driverless Car Work?

Self-driving cars use a combination of sensors with advanced computer vision systems. Many systems use Light Detection and Ranging (Lidar), which is a rotating laser — usually mounted on the roof — that continually scans the environment around the car. This information is integrated with a software system that collects data, analyzes it, and drives the car by recognizing objects such as other cars, bikes, people, and road surfaces.

To better understand just what a car is capable of doing without human input, the Society of Automotive Engineers (SAE) has provided a comprehensive outline of the different levels of autonomous driving, based on a scale of 0 to 5. Some of the features already are available in a number of cars.

An article in the May 2016 issue of Scientific American magazine described a minor crash that resulted in no injuries. Although most autonomous car accidents are caused by other cars with human drivers, this accident, which involved a modified Lexus SUV, was caused in part by non-human behavior.

In another case, the driver of a Tesla Model S in Autopilot mode was killed when the equipment didn’t recognize a tractor-trailer turning in front of the car.

Liability in cases like these is not settled yet, but according to the Scientific American article:

When a computerized driver replaces a human one, experts say the companies behind the software and hardware sit in the legal liability chain — not the car owner or the person’s insurance company. Eventually, and inevitably, the carmakers will have to take the blame.

Here in Colorado, the Colorado Department of Transportation (CDOT) is looking at guidelines to regulate self-driving cars. Currently, there is no law against autonomous cars, but CDOT is keeping a close eye on policy guidelines from the U.S. Department of Transportation’s National Highway Traffic Safety Administration, which highlights vehicle design, test practices, and safety responsibility.