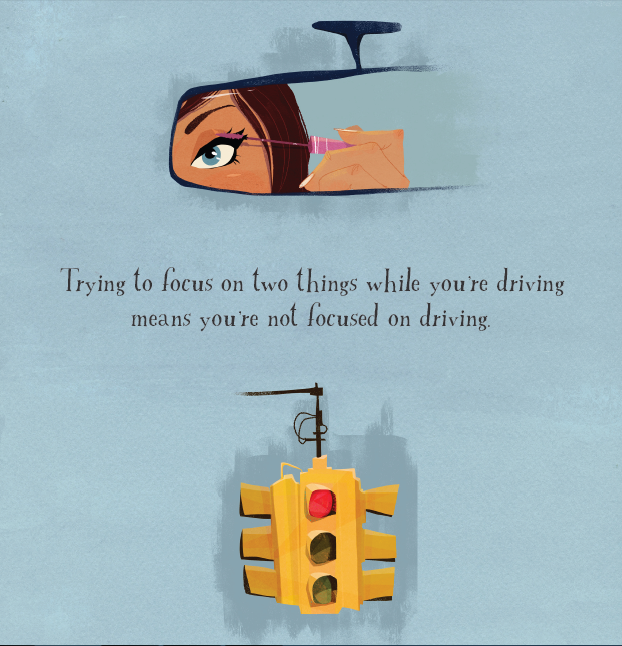 One in every 10 fatal crashes in the past two years have involved at least one distracted driver, according to Property Casualty 360.

A distraction is anything that takes your eyes and your focus off the road, your hands off the wheel, or your mind off driving.

All distractions put the driver, the passengers, and everyone else on the road at risk of serious injury or death.

Distraction.gov, the U.S. government’s official website about distracted driving, has some grim statistics: In 2014, 3,179 people in the United State were killed, and 431,000 were injured in vehicle crashes involving distracted drivers.

Here are some distracted driving behaviors that you’d be be wise to avoid:

Remember, for safety’s sake keep your full attention on driving when you’re bend the wheel. As a poster from distraction.gov says: “Trying to focus on two things while you’re driving means you’re not focused on driving.”