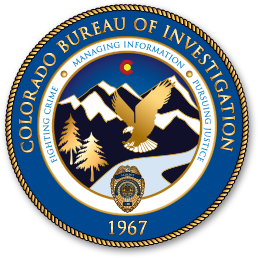 The Colorado Bureau of Investigation (CBI) has acknowledged that at least 56 of the DUI blood tests it conducted in the last half year were incorrect, Brian Maass reported for CBS4. CBI was responding to a CBS4 investigation. CBI spokesperson Susan Medina said:

The initial results in each of those 56 cases showed lower alcohol levels for the drivers than when additional quality assurance retesting occurred.

Medina added that there was nothing to indicate that any defendant was inappropriately charged with an offense based on test results that showed an incorrectly high level of alcohol in a driver’s blood.

Dr. Pat Sulik, a chemist with Rocky Mountain Instrumental Laboratories, had this to say about CBI’s erroneous lower testing numbers:

[… the drivers whose blood results were erroneous] are not being taken off the road, the DUI law is not being enforced if the state lab is coming up with lower numbers.

Sulik noted that in at least one case that she checked, a DUI suspect would have faced a more serious charge if the CBI lab testing had been correct in the first place. Sulik checked 16 blood samples from CBI and said seven of them had at least a 5% variance from the readings that she found, and of those seven, five of them had a more than 10% discrepancy.

Medina said that the erroneous test results comprised about 4% of DUI testing that these labs have conducted since July 2015, Maass writes. The CBI opened labs in Pueblo and Grand Junction at that time, and since then has conducted about 1,500 DUI blood tests for the Colorado State Patrol and other law enforcement agencies.

CBI said it learned of the incorrect test results “in recent months,” when an independent lab, ChemaTox, checked two blood samples that had been tested by CBI and discovered anomalies. ChemaTox notified state authorities of the discrepancies in December 2015, after which CBI checked other DUI test results and confirmed its “lab testing problems.”

Maass reports that CBI says a thorough review is in progress, however CBI believes the cause of the problem has been discovered and corrected. Medina declined to discuss whether the problem was due to testing equipment, human error, or another factor. Medina said CBI might be able to provide more information once the review has been completed.

David Miller, a Denver lawyer who defends DUI clients, told CBS4 that CBI should have all 1,500 blood samples retested in order to re-establish credibility. Miller told Maass that he intends to reopen any DUI cases he has handled in the last seven months that involved blood testing.

In another DUI news item, the Colorado Department of Transportation (CDOT) announced that law enforcement officers arrested 396 drivers in the state for impaired driving during its New Year’s enforcement program, The Heat Is On. The number of arrests was higher than the 367 made during the same period last year.

In the effort to prevent car accidents, the campaign, which ran from December 30 to January 4, was made possible by a collaboration between CDOT, the Colorado State Patrol, and 103 statewide law enforcement agencies. The largest number of DUI arrests were made by the Aurora Police Department (58), the CSP (49), the Denver Police Department (37), and the Colorado Springs Police Department (23). The campaign will continue in 2016, said Darrell Lingk, director of the CDOT’s Office of Transportation Safety. He added that CDOT will be introducing a new educational campaign this summer about the dangers of driving under the influence.